What Retailers Can Learn From a Top Cannabis Dispensary Designer

They would also help inform the rest of her life.

Arriving in California in the early 2000s from the Midwest, Stone took all the proper precautions to ensure she could use the plant legally. But in those days, just securing a Medical Marijuana Identification Card offered a grimy glimpse at just how much the cannabis industry had yet to mature.

“From the first experience of going to the doctor to get my card, it felt anything but legitimate,” Stone recalled during a fireside chat at RetailSpaces. “It was very clandestine and very dirty and scary. It was the most off-putting experience.”

Fast forward to today, and Stone has played a significant role in helping evolve the industry’s look and feel from that of creepy, back-alley exchange to high-end, boutique experience. For a dispensary designer, her list of accolades and achievements might surprise those working in more orthodox retail design. Founding High Road Design Studio in 2013, she’s since won a couple of Shop! Design Awards and in 2017, was named one of Design:retail Magazine’s 40 Under 40.

“This was a product that was literally saving people’s lives yet they had to go buy it in places where it felt like it was a danger to their lives. That just never made sense to me,” Stone said. “It just became very obvious to me that this industry was ripe for reinvention.”

And reinvent she went about doing. Stone first understood the need for a marijuana metamorphosis while working as a budtender and simultaneously attending design school. Creating more welcoming dispensaries, she realized, would be instrumental in opening up the industry and making it more inclusive.

It didn’t take long before she got her chance to make a change. Receiving a small budget from her employer to undertake some simple improvements, the results of this early foray into store transformation affirmed her belief about the direction the industry needed to take.

“With simple refreshes of paints and swapping of some floors to LVT and buying some fresh display cases, our patients started calling us the Tiffany’s of dispensaries... Which was such a stretch!” Stone recalled. The experiment, she continued, resulted in clientele spending more time in the store, as well as an increase in sales, referrals, and improved online reviews. It showed “how just a little bit of attention to this retail space was having such an impact on these people’s perception and their comfort level. Our business grew exponentially over the next two years."

Since these first fledgling steps in Stone’s career, dispensary design has undergone a dramatic metamorphosis. It’s now a retail category that can happily exist alongside some of the biggest brands on Main Street. This shift in the way that retailers are able to interact with customers, Stone said, has been instrumental in wiping away some of the stigma that clings to cannabis’ reputation — a major hindrance the industry still has a long way to go in addressing. “To this day, Americans can wrap their minds around cannabis being safe for their mother who has cancer, or themselves when they can’t sleep… but allowing these businesses in our communities is still a big leap for people to take,” Stone said.

“There is still a big section of the world that sees this as a criminal product. As something that is dirty and illicit and is dangerous."

So… What Exactly Can Retail Learn From Cannabis?

While this lingering stigma remains one of the many major barriers facing cannabis, arguably, it also represents one of the biggest — albeit inadvertent — opportunities for the sector’s retail efforts.

Borne out of a drought of reliable information caused by decades of prohibition, Stone said, many customers entering the industry possess a severe lack of knowledge around the plant. Because of this, far from simply pushing product, dispensaries are forced to provide an educational function for a large percentage of guests who walk through the door.

“Now, cannabis is 40 different strains of flower in a store, plus edibles, plus beverages, plus sublingual tablets,” Stone said. “A lot of people are very new to cannabis and need to spend a good 30-minutes to 60-minutes the first few times they go inside a store. That education process can take a lot of time.”

As a result, many dispensaries incorporate engaging elements of discovery alongside a strong emphasis on experiential retail to help build a rapport with customers unfamiliar with cannabis.

There are already many parallels between this approach and strategies more traditional retailers are employing to win over today’s customer. Leading companies like Nike, Dyson, and Samsung have invested heavily in highly experiential, showroom-like concepts in order to better engage guests and build brand loyalty. Research from WD Partners reveals showrooms that focus less on moving product have a 58% approval rate among shoppers. Cannabis dispensaries may have been forced to adopt many elements from this kind of route, yet there’s still a lag for much of retail to jump on board.

Another major focus of the cannabis industry, Stone explained, is the need to diversify its customer base, which has historically failed to attract a varied clientele. With legalization of adult-use continuing to sweep the nation, this is beginning to change.. But will only continue if brands actively pursue different demographics.

“Cannabis retailers and brands have really had to learn how to not just focus on the guaranteed customer who’s going to walk through the door no matter what your dispensary looks like. They need to make sure that they’re able to bring in women, seniors — new customers — and help them understand that this is a product and a space for them as well,” Stone said.

While she acknowledged her line of work is likely worlds apart from those in many other retail sectors, she said she imagines consumer diversification is likely high on the priority list for most. “I think that’s a common thread with a lot of these legacy retail segments. For instance, Autozone and Tractor Supply are probably, traditionally, not a very female-forward market.” 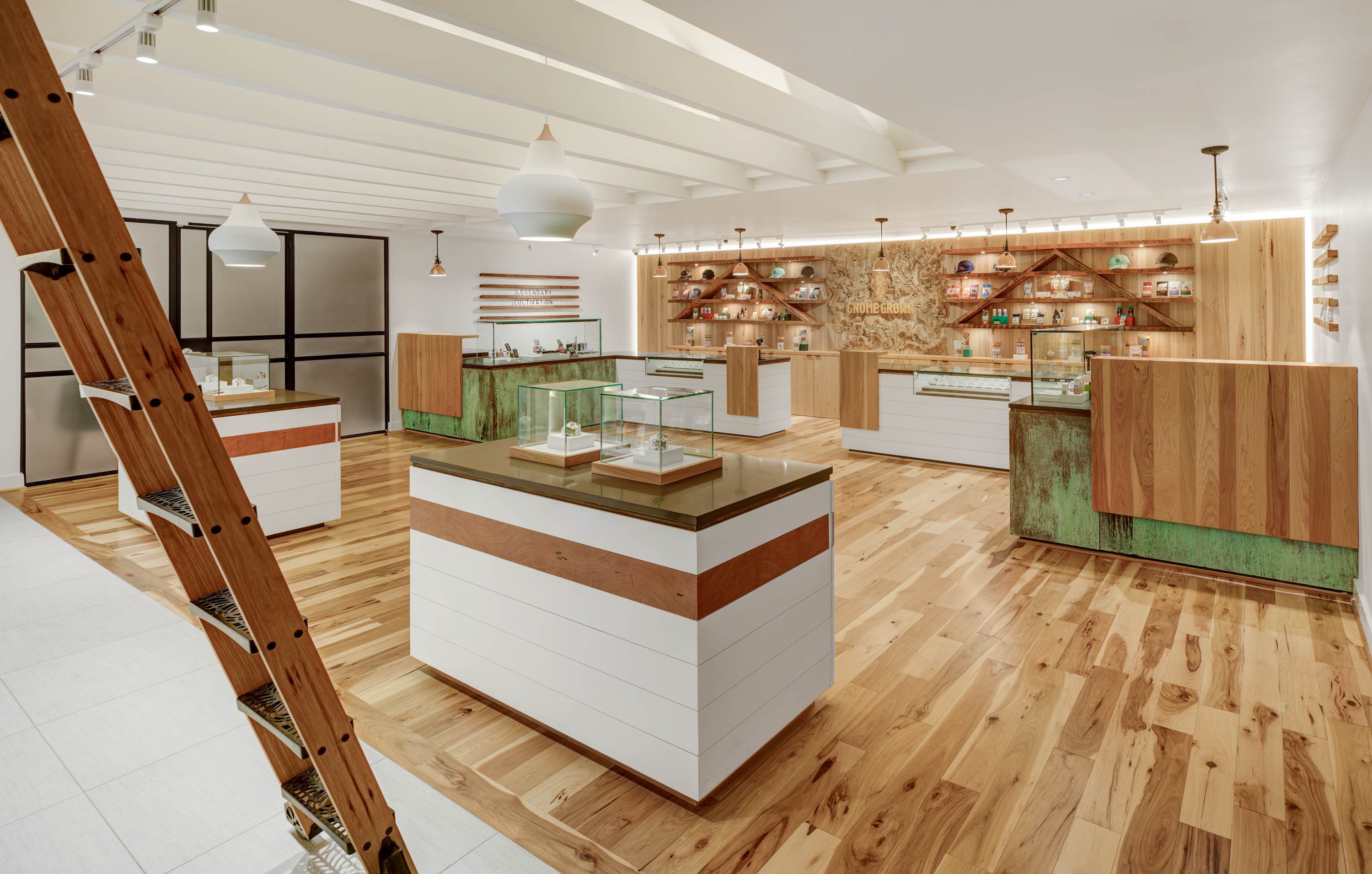 Hoping to grow reach can only happen with an innate understanding of a retailer’s target audience. Further than that, though, companies need to seriously reevaluate the role they play in the lives of their customers.

This is particularly true for cannabis. Because of the rapid proliferation of brands in the fray, those that fail to differentiate from the rest of the crowd, Stone explained, won’t exist for all that long.

“The future of cannabis is going to be able to have a lot more specialty concept stores. So that brand message can be tailored to a certain demographic of people that retailers want to serve,” Stone said.

But the same can be said of traditional retail. The prevailing model of rolling out as many locations as possible in the pursuit of profit may have been a valid strategy even just a few years ago, but today, it simply doesn’t cut it. As the steady flow of global department store collapses and mall closures shows, today’s consumer wants to experience environments where they can truly connect with a brand. The idea of a store has to move further and further away from merely being a place where items can be bought… and quickly.

“Whether it’s a sustainable, organic cannabis farm in Oregon or it’s a top-notch boutique grower in Arizona, those points of differentiation are becoming more important in this industry as the majority of the product becomes commoditized. You have to be able to communicate... You have to be able to put up your flag and attract your customer,” Stone said.

Naturally, in today’s age of the ultra-conscious consumer, differentiation has to begin with firmly defining what it is a brand stands for. For customers to want to care enough about a given retailer that they’re compelled to go into a store, they have to resonate with what it is that company is trying to achieve, outside of making sales. Stores are an extension of brand in a way that they have to be a clear expression of the change that the customers themselves want to see in the world.

This is what drives Stone to declare that cannabis “This is the biggest thing happening in retail today.” In many, if not all cases, cannabis retailers do what they do partly out of a sense of duty to right the perceived wrongs and injustices of decades gone by. It just so happens that this sentiment also runs deep within a vast majority of cannabis consumers.

"This is the biggest thing happening in retail today.”

“People feel empowered and they want to change things because they see a different truth than what’s been fed to them a long time and I think that’s one of the huge cores of the cannabis industry,” Stone said. “When you tap into this industry and you take on clients, I think it’s important to understand why this was illegal in the first place because it will really shape your view of cannabis and its users.”

Aligning such a strong sense of purpose with the customers they’re trying to serve is something the rest of the retail industry would do well to work toward.