Why Retailers Need to Totally Rethink Their Use of Space

Stores have to evolve constantly to accommodate ecommerce boom

When lockdown measures swept the country in March, b8ta knew it had to try something different if it were to survive months of zero foot traffic.

A major part of this strategy involved virtual appointments and live streaming. If a customer saw something they wanted, they could book a zoom call with an associate, who demonstrated the product from one of b8ta’s 22 U.S. locations. The company also broadcasted to a wider audience with online events announced through its social channels.

And, like most other retailers, when b8ta began reopening stores, it did so to significantly lower foot traffic. The retail-as-a-service company quickly understood its interim measures would have to become more of a permanent fixture. 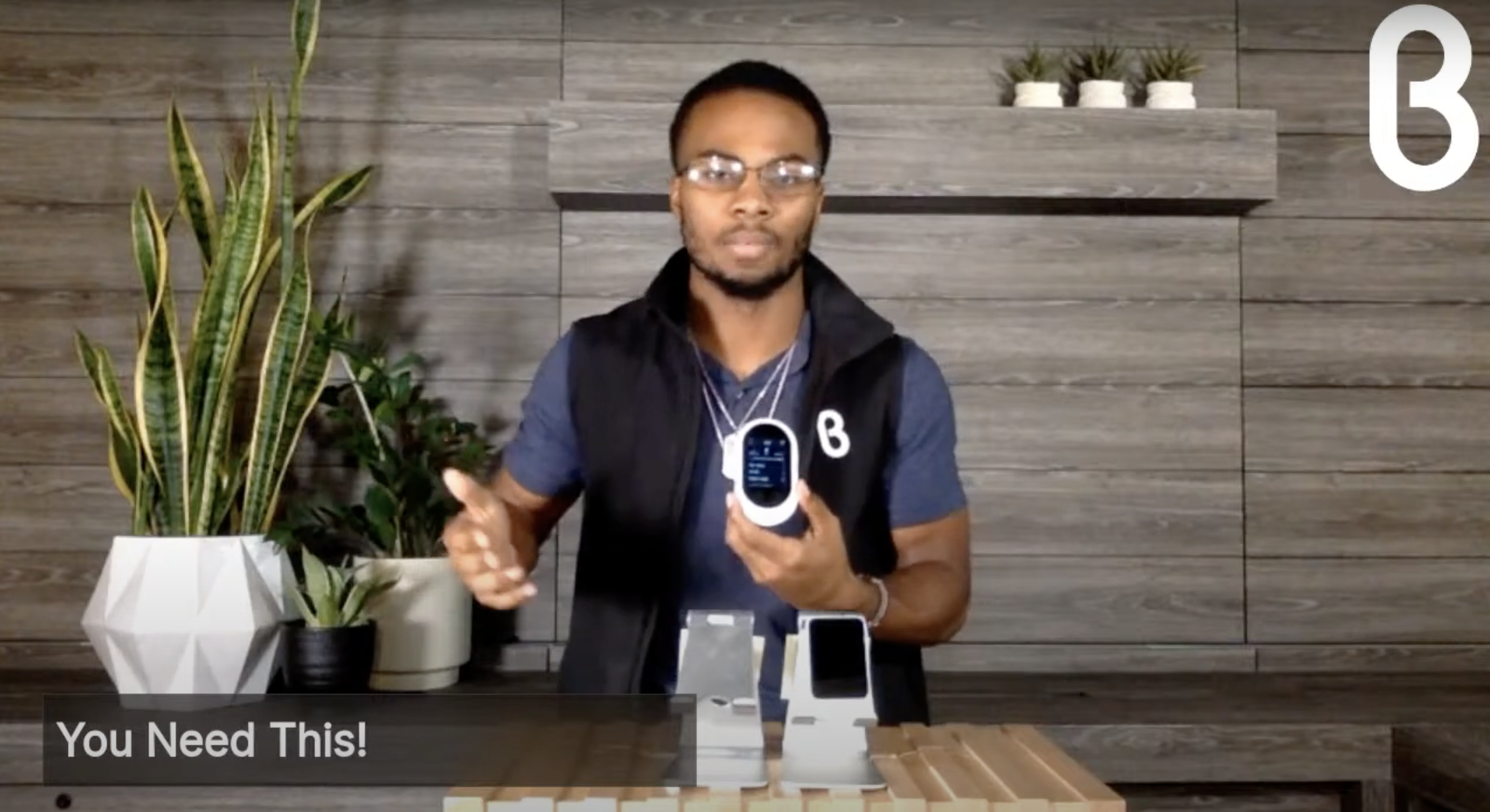 “Live streaming is going to be a huge deal for us,” Co-Founder and CEO, Vibhu Norby said during an installment of The Rollout by RetailSpaces. “We’re basically hoping to turn every one of our stores into a production studio where we can go live at any time on our site for our customers to get hands-on engagement with something. We’re diving into a bunch of store design ideas.”

“This is life now and we’ve got to figure out how we adjust."

As well as its virtual presence, b8ta is also figuring out how to evolve the in-store experience for those who continue to trickle in via appointment. Norby hinted at the possibility of an ultra-personalized experience where a customer would get the entire run of a store upon visiting. It might even look more like a party than a store visit.

“This is life now and we’ve got to figure out how we adjust to a low-traffic environment,” Norby said.

Bracing for the Ecommerce Blitz

It’s this kind of willingness to upend a concept that all retailers need to embrace as they head into life beyond 2020.

Because it’s not just declining foot traffic the industry will have to contend with in the short-term. Looking a little further into the future, it’s the wild acceleration of ecommerce adoption that will drastically reshape everything.

“Retailers are just waking up to the reality that online sales are a much bigger percentage of their business than they expected,” Jordan Berke explained. “Six months ago, most retail executives didn’t spend a lot of time thinking about their online sales. It was one, two, three percent of the business. It just wasn’t a priority. Now, all of a sudden it’s 12, 13, 16, 20 percent of their sales and it’s bled into every other area of the business.”

Having recently returned to the U.S. after more than a decade building Walmart’s digital presence in China, the Founder of Tomorrow Retail Consulting believes what’s happening there is a sign of what’s to come across the Pacific. China’s online apparel sales, for example, represent more than 50 percent of business in the segment. While in many ways China’s insanely tech-driven retail industry isn’t comparable to the U.S., Berke is adamant: if you’re an American apparel retailer that’s seen a spike in online sales in the last few months, “get ready for it to make up 50% of your total sales within 36 months, or even sooner.”

Berke makes statements like these with a matter-of-factness so earnest it stings. If American retailers aren’t taking serious steps to evolve their physical stores for omnichannel right now, they’re already finished.

That’s not to say the industry is blind to what needs to be done. Berke believes many big retailers are preparing for “30 to 40 percent of their store volume to be online” within the next couple of years.

“The way that space is used is going to be dramatically different every two years.”

At these kinds of amounts, he said, companies will need to “reorient the way they look at store design and merchandising, as well as inventory flow and store operations.” This means that “within three years, when you walk into a big box store, a pet supplies store, even a liquor store… you’re going to see online picking operations be a big part of what’s happening in that store.”

In order to get to this kind of reality, stores will need to flex over time. “The way that space is used,” Berke said, “is going to be dramatically different every two years.” But the current way stores are stamped out simply doesn’t cater to this. The pitfall of most developer mindsets is that they view a project as completed once it’s built, then put it on a remodel schedule that’s five to seven years out.

“You’ve got to iterate on a new box pretty continuously for the next ten years,” Berke said. “So every year, you’re going to be sinking additional CapEx, you’re going to be scrapping things that didn’t work, you’re reallocating space. You’re constantly learning and adapting rather than doing it in one big swoop. The customer will tell you what you need.”

To prepare stores for the immediate future, development and design leaders would do well to start seeing them more like apps, as opposed to buildings.

“What is that space used for? What do you need it for? We use the phrase “use case” when it comes to technology. Physical spaces need to have the same kind of product thinking as with digital applications.”

The way in which retailers apply this kind of approach and change the way they build out stores will depend largely on which category they fall into. Are they in an “instant” or “distant” category? Berke posed. When devising an ideal omnichannel strategy, it’s vital they know this.

“Instant” categories include retailers that will be expected to deliver products within one to two hours. “Everything from grocery, to baby and baby consumables, and these days, basic electronics…  Instant categories need to be the closest to the customer and are very much about rapid fulfillment.”

For these stores, space will need to be adapted to handle high volumes of online orders, allowing for picking operations and areas for customers to collect their items. In some cases, this will mean converting existing facilities into dark stores. But for those locations where customers can still navigate the isles, Berke believes retailers will have to get inventive here, even turning the fulfillment side of the business into “a bit of a retailtainment opportunity. Similar to how open bakeries or butcher counters have been used, make centralized online picking part of what customers see and it can create a buzz and energy.”

For the rest of the store, Berke said designers will have to work a lot harder to get people “comfortable and excited to be there. It’s discovery-based, it’s experience-based, it’s cool, it’s interesting. Simple things like the lighting and the fixtures and the color tone need to be attractive. Because the thing we’ve done all these years — picking items off the shelf — that’s no longer part of why we go to these stores.”

“Distant” categories, on the other hand, include retailers with less of a need to fulfill orders rapidly — companies which customers would expect delivery from within one to two days.

Apparel, and other specialty retailers, that fall into this area would need to start developing their stores less for inventory, instead creating destination spaces where customers look forward to visiting with friends and family.

Using menswear as an example, Berke described these spaces as being “much smaller, more glamorous, and much more interesting” than they are now. Guests could drink “coffee, whiskey, hang out a little bit, play some cards and maybe see some apparel” which would be sent out to them in the days after a visit, should they choose to purchase.

So… How to Execute Real Omnichannel?

Replacing the current status quo with such a different approach isn’t easy, though Berke highlighted a handful of companies making the right moves to boost their omnichannel capabilities.

Walmart is an “instant” retailer making great use of the year’s disruption to hone the way it meets increasing ecommerce demand, while Sephora is an example of a company in Berke’s “distant” category really investing in digital channels. Its stores have been pivoting to be more “educational and inspirational, with virtual mirror experiences, helpful associates, and an omnichannel loyalty program” all aimed at helping customers “begin their digital journey when they’re in-store.” 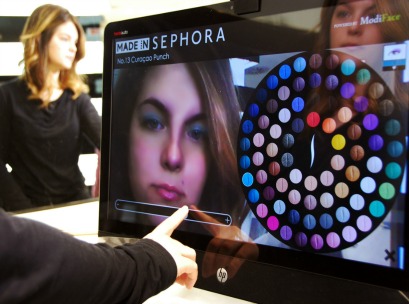 Meanwhile, Dick’s Sporting Goods experienced a 194 percent leap in online sales during its second quarter. The company was able to fulfill 75 percent of those orders from its stores thanks to an effort to transform them into well-oiled distribution centers. When the pandemic hit, it took the retailer just 48-hours to launch curbside pickup. In the future, Berke imagines the chain will turn more to distribution centers, rather than stores, to prop up its ecommerce momentum. It will also adapt its customer-facing spaces “to be more focused on discovery, trial, and sporting experiences,” he predicted.

But the majority of American retailers have an uphill slog ahead of them if they’re to make a successful shift to a true omnichannel ecosystem.

The increased cost of all of this will also be an obvious hurdle to overcome. To offset this, Berke suggested multi-brand retailers leverage their partnerships to allow for the constant, iterative improvements necessary for survival.

“Brands will be a bigger part of these store experiences going forward. They’ll definitely have to help design, fund, and supply that experience rather than the retailer going on their own for it,” he said.

As for existing locations… Berke admitted it’s going to be even more of a challenge. Those in distant categories need to get going with lease negotiations, as well as reassessing their entire portfolios. Kohl’s, he used as an example, has 1,400 big boxes across the country. “They don’t need that type of big box when 50%+ of their volume will be going direct to the customer through distribution centers.”

For instant retailers, to fulfill orders within an hour or two, stores need to be developed into fulfillment centers. Picking operations need to be put in place and, eventually, even automated. For locations that don’t go dark, the in-store experience needs a total makeover.

Those retailers in apparel, home goods, and other sectors where fulfillment isn’t as urgent will need to rework their physical spaces so they “inspire and engage customers. At the same time, their traditional ecommerce capabilities need to be close to Amazon. That’s got to be their mission right now,” Berke said.

In short, retailers can no longer afford to postpone action on rolling out a real omnichannel gameplan. A total rethink is required. And they only have the next two to three years to figure it out.