What Will Consumers Want From Stores When "THIS" is Over?

b8ta CEO and renowned futurist explore opportunities among the chaos

Nothing in retail makes sense right now. The constantly changing face of 2020 makes it extremely difficult for companies to cope as they reopen stores. At the same time, there is a steadily growing number of stores that will never open again.

In the midst of all of this, driving the turbulence, is the customer. The ways that consumers are transforming as they deal with the disarray unfolding in their own lives is going to render retail unrecognizable on the other side of “this.” The retailers that aren’t figuring out how to best cater to these new behaviors, right now, will stumble into 2021 less relevant.

And in the new era ahead, no one can afford to be less relevant. 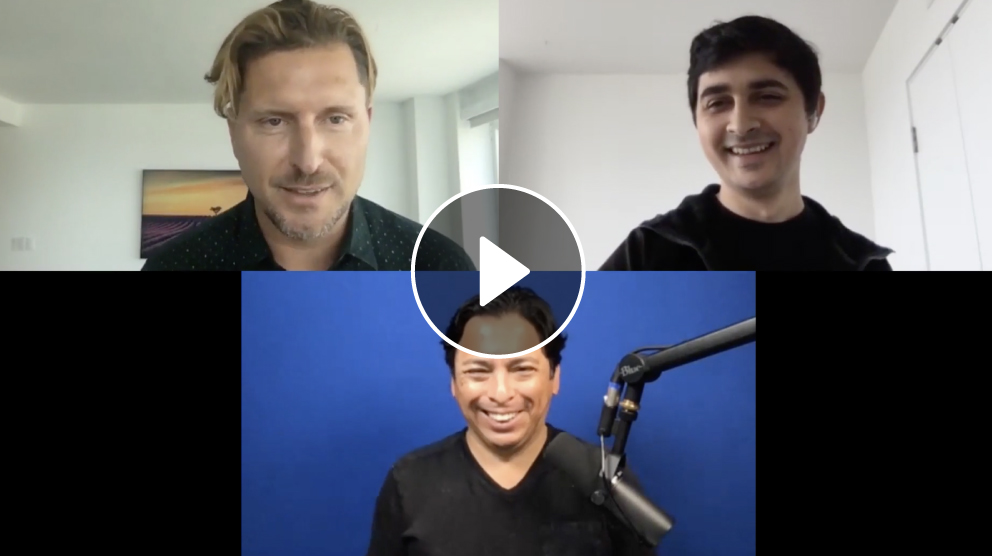 Understanding how customers have changed since the beginning of the pandemic was up for discussion on the latest episode of The Rollout by RetailSpaces with guests, Brian Solis — futurist, author, and Global Innovation Evangelist for Salesforce; and Vibhu Norby, Co-Founder and CEO of b8ta. They also looked at ways retailers need to adapt in order to attract a totally transformed consumer post-pandemic.

It takes an average of 66 days for a behavior to become a habit. Given we're now more than 150 days into this pandemic, with no end in sight, it’s wise to assume that many of the changes in consumer behavior we're seeing right now will be permanent.

But the truth is, all of this was already happening; it's just been accelerated by COVID. Consumers were already engaging more with digital platforms and less with physical stores. Many retailers were struggling to adapt their brick-and-mortar assets in a digital world, while others transitioned to new experience-based models and invested in initiatives like BOPIS. However, while the industry may have thought they still had some time to figure these things out, COVID has brought about an extreme urgency.

As a digital analyst, Solis researches how technology affects markets and behaviors. Since March 1, he has seen consumer behavior change in two ways: first, those who were already digital- and mobile-first customers have increased those behaviors. Second, because of shelter-in-place orders and widespread closures, those who were slow to adopt digital platforms — the market majority — are becoming digital-first by default. And once they go digital, Solis said, they never go back.

"The thing about digital is that it completely changes your expectations, your behaviors, your preferences," he said. "Digital-first users become accidental narcissists because you can have what you want, when you want, however you want it."

In the aftermath of the pandemic, Solis continued, retailers will also need to account for the emotional state of consumers. They are worried about their health and the health of their loved ones, as well as the impact COVID has had on their jobs and personal security. They've spent months worried about being able to get essential supplies like toilet paper and reexamining their own spending habits and relationships to stuff. They're also concerned about how well brands are treating their employees. If retailers are going to attract customers back into their stores, they need a human-centered approach that shows empathy.

Even if an organization isn't digital-first, Solis said, it needs to become data-first, and use unbiased data to relearn who their customers are and what's important to them now. An organization can then translate those insights into an improved digital experience as well as a safe and joyous in-store experience. In order to thrive, he said, retailers need to plan for the future right now and make investments in creating new value — whether that's in BOPIS, dark stores, distribution centers, etc — and build out the infrastructure to become data-savvy.

The Biggest Challenges are Also the Biggest Opportunities

Retailers are already starting to see what the long-term impacts of the pandemic on consumer behavior will be. Solis noted that consumers were initially eager to start getting back into stores and back to "normal" life once restrictions began to lift, only to pull back just as quickly. Vibhu Norby saw that play out in his own b8ta stores, where an initial steady increase in traffic has since dropped off almost entirely.

"Six weeks ago people were coming back at a consistent pace," he said. "That's put us where we are today where traffic has dropped again. There's a ton of fear out there, and people aren't going to go to stores if they're fearful."

Because b8ta is a non-essential business, Norby said, they "had a lot of time to think very carefully about how we might operate stores and realistically keep our associates and customers safe." 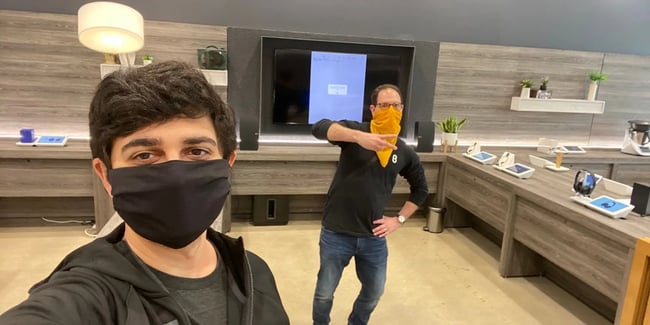 Norby in a b8ta showroom in Austin

They researched hundreds of essential retailers — grocery stores, pharmacies — that were still operating through the pandemic to see how their safety practices evolved over months, then published their research on a new website they launched called ShopSafely. b8ta took insights from that research to incorporate some best practices into their own stores.

That includes limiting the in-store experience to just one shopper (or group shopping together) at a time. The low traffic allows them to give each customer an incredibly personalized experience, and between each customer the stores "close" to disinfect everything the previous customer had touched before allowing the next person or group in.

"We had to get to a place where our safety protocols allowed people to get their hands on products. Otherwise they could just shop online," Norby said.

They've also pivoted hard into virtual consultations, live-streamed product demos, and other video formats, following the lead of the massive Chinese retailer Alibaba, which has seen enormous success through live streaming. Norby said they are so committed to video production that they hope to turn every single one of their stores into a production studio that can be "flipped live" at any time when a customer wants to see a hands-on engagement with a product.

They want to make the singular, personalized customer experience exceptional, and so are rethinking store design and the ways they "produce" the store environment. One possibility Norby discussed is having customers book appointments in advance so that the store experience can be entirely customized for them based on their interests and specifications — the kind of hyper-personal experience that was once reserved exclusively for the very highest end of retail.

Regardless, he said, physical store environments — designed for browsing behaviors and high traffic volume — have to change. Window shoppers are gone, but the shoppers that are coming in are doing so with purpose and intent, and retailers have a huge opportunity to personalize their experiences.

"We're not going to build stores the same way in the future," he said.

Though when asked how large retailers with 1,000 or more stores could go about transforming their store concepts, Norby admitted it’s easier for smaller players to pivot… however, there’s still room for the bigger chains to experiment. "I feel there's an opportunity for large retailers to roll out new store formats. You don't have to be bound to those four walls."

In addition to store design looking different in the future, Norby also thinks lease agreements will look different, with a lot of space becoming available and no one to lease it, giving retailers an opportunity to experiment.

"This is what it's going to look like for a long time," Norby concluded. "If you can see that, you can see there's lots of opportunity to be had here, because 95 percent of the people out there are sitting there still attached to the past. There is room to do some cool things." He teased some projects that b8ta will roll out over the next few months that he promises will "blow people's minds" in terms of what retailers can do to adjust to our, ahem, new normal. "It's really just from us not feeling bad about everything and moving forward."

In short, the only way forward is to accept that this is reality now. The disruption caused by the pandemic was already happening and retailers were going to have to face it sooner or later; COVID has simply made that timeline much, much shorter.

Subscribe to our newsletter to stay in the loop.