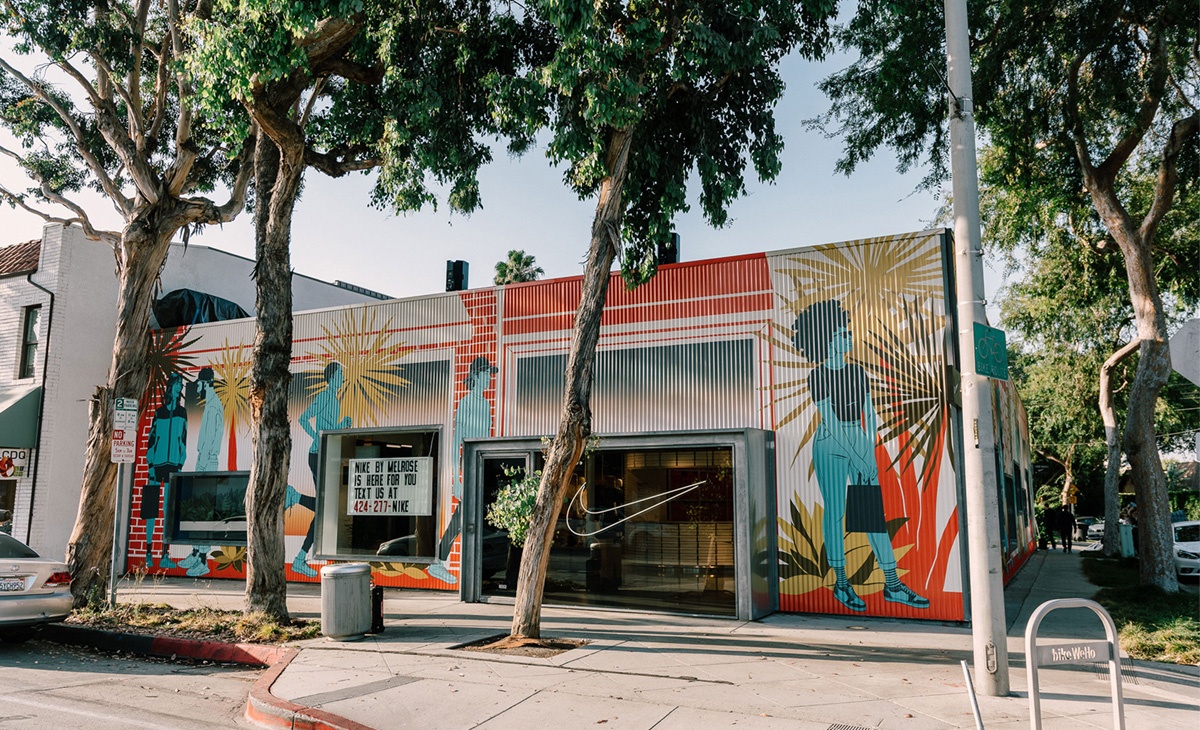 When speculating on the future of retail technology, two radically different images usually come into focus.

With online sales constantly on the rise, there are those who believe customers will eventually never want or need to visit a physical store again. In this scenario, the travel distance for products will be reduced to a 10-foot journey from sofa to doorstep. Meanwhile, other prophecies involve invasive eye-scanners and endless in-your-face displays straight from the script of Minority Report.

Rather than paint an imaginary canvass with the same dystopian brushstrokes, Healey Cypher, CEO of retail technology company, ZIVELO, tends to err on the lighter side of possibility.

“You’re going to walk into a store, and it’s going to be beautiful,” Cypher begins.

“Customers will look to shopping as an escape."

“The entire environment will be predictive, it will make you feel exclusive and elevated. The tech that you see will be lo-fi, giving customers a chance to interact and be social with each other, and underpinning it all is going to be a tremendous amount of hidden intelligence.”

In Cypher’s hypothetical world of 15 to 20 years from now, people no longer need to shop for basic commodities, as they can opt for automatic delivery of mundane, everyday items. The stores they do visit will carry next to no inventory, instead becoming interactive, experiential playgrounds — much like the early concept images of Westfield's vision for the mall of 2028, revealed last month. He also doesn’t believe the current fixation with in-store VR will ever really take of

In fact, Cypher says the most preferred in-store technology will be the kind that consumers aren’t even able to see.

“When it’s done well, technology should be a resource that runs through the design, versus what you see a lot of companies do right now, which is put in a layer over their existing way of doing business,” he said.

Drawing from over 18 years in retail, most recently as the lead on Target’s Store of the Future Project, Walton now spends his time writing honest, no-nonsense opinion pieces about the industry on his blog, Omni Talk, as well as contributing to other outlets.

He believes future retail concepts will be built around enhancements in digital personalization.

“It will all be about how we can optimize the experience of digital and personalize a physical space, so that if you and I walk into a store, your experience is going to be different from the one I have.”

Embedding personalization into physical spaces is already well underway, transforming stores into living, breathing entities, responsive to the unique needs of every customer. Nestled in West Los Angeles, Nike’s aptly named, Nike Live, is a perfect example. The first of its kind and unveiled just this month, the store draws on insights from personal interactions with the new Nike App at Retail, which also acts as a conduit for a customer’s dealings in-store. For example, using the app, they can reserve a pair of shoes, which a sales assistant will then put aside for easy pick-up.

Cypher and Walton praised a new wave of retailers fully embracing this kind of digital and physical convergence, highlighting the likes of Warby Parker, Indochino, M. Gemi, Bonobos, Cuyana, Everlane, Fabletics, among others. Cypher said while these retailers originally started out online, “their small, limited, inventory-controlled locations are beautiful, yet pack the necessary underlying technology” and have helped them “become the biggest success stories of retail in 2018.”

Technological Tools of the Trade

These kinds of capabilities are perhaps more widespread than the average customer realises.

Internet of Things (IoT) technology has been utilized for several years. In conjunction with advancements in micro location tracking, companies are using beacons to gather endless amounts of data, which, with developing analysis methods, can inform practically every aspect of a brand’s operations.

“If you’re able to understand where a consumer is walking or moving through a store, you can tell, pound for pound, how valuable each experiences is,” Walton said. “Companies can then plan the architecture and design much differently than you would have been able to in the past, as just one example.”

However, in terms of rapidly developing tech, this is far from the bottom of the toolkit.

Amazon Go’s much talked about visual recognition technology will likely set a powerful precedent in years to come. Intel, IBM, Mastercard and others have joined the race to help eliminate checkouts for a truly frictionless experience.

According to Cypher, brands are also beginning to use microphones and voice technology to capture valuable interactions between staff and customers on the store floor.

At some quick service restaurants — a sector ZIVELO is currently heavily embedded in — drive-thrus are run entirely on voice agent technology, capable of “taking five to 10 orders simultaneously, with built-in natural language and mood processing abilities and can even upsell a hot coffee or a Coke depending on the weather outside. On top of that,” Cypher continues, “the AI can show images on a menu board offering certain deals, depending on the customer.”

Similar technology is making its way into fitting rooms at clothing stores. Rebecca Minkoff’s smart mirrors are a prime example (another project Cypher was instrumental in), while just this month, online giant, Alibaba Group, also used the same hardware at FashionAI. A collaboration with Guess, the concept store combined the mirrors with machine learning and computer vision to help offer style recommendations based on customers’ clothing selections and purchasing history. 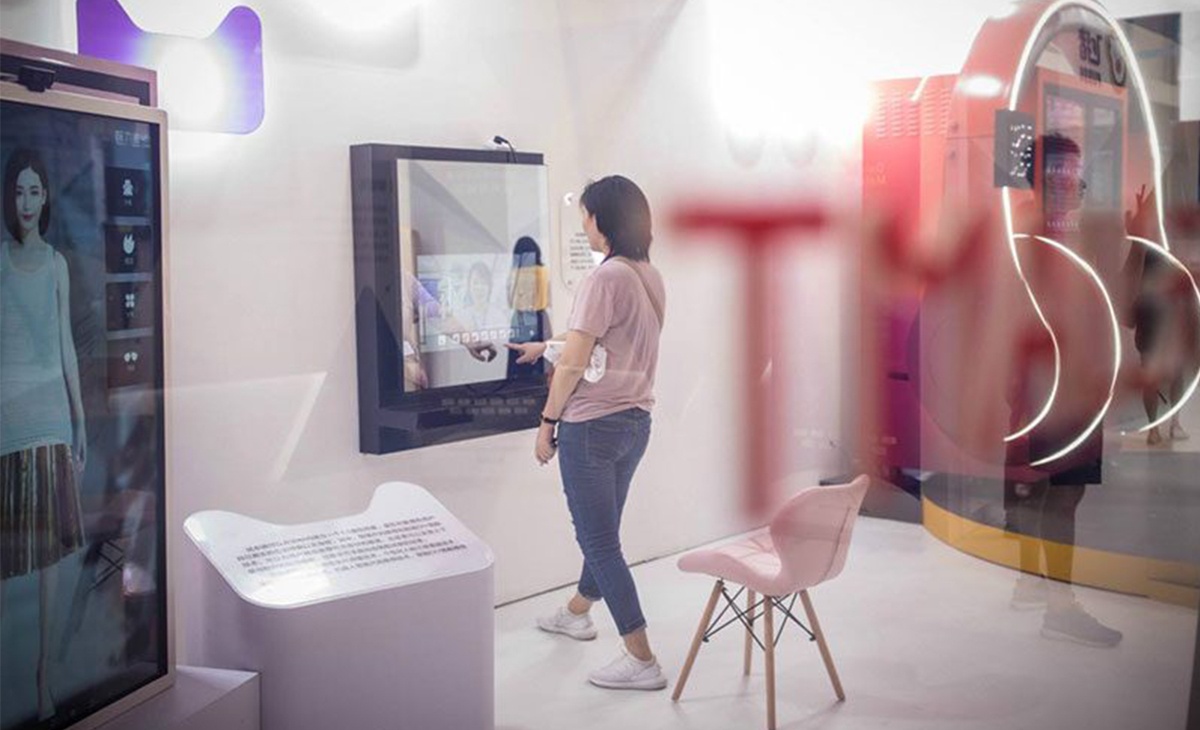 However, in order to be a part of this blossoming revolution in retail technology, brands will need to learn some vital lessons very quickly.

As an example, Cypher points to the millions companies continue to waste on app technology. Given dedicated apps actually result in extremely minimal success rates, he believes the money is better off being spent elsewhere.

“You have to invest in the foundational tech first. And unfortunately, it’s not the sexy stuff."

“For instance, get a handle on your damn inventory,” Cypher said. “For one out of three things supposedly in a store, most retailers literally don’t even know if it’s there or not. If getting on top of your inventory means RFID tagging, do it. RFID tags are three cents a pop. It’s worth it.”

Without proper attention to the finer details, brands won’t be in a position to embrace more advanced technology as it surfaces.

“There are billion dollar companies whose whole job is to build out ecommerce sites and do the foundational tech stuff. So find some good partners and let them do it, instead of trying, and failing, to do it yourself,” he said.

Apart from nailing the basics, retailers need to realize the endless potential that exists in brick and mortar. Far from disappearing, physical stores will form the bedrock of the industry’s prosperity in decades to come.

Integrating seamless technology solutions that merge every aspect of a customer’s shopping habits will be the key that unlocks all this possibility. It’s simply not enough to throw money at an ecommerce site on the side and hope for the best — something only the most forward-thinking companies seem to understand.

“We recently spoke with executives from Alibaba,” Cypher recalls. “They told us,

‘Investing in ecommerce is great, but China is way ahead of you guys.’

“They explained that in certain verticals, at a certain percentage, your ecommerce sales tap out and you won’t get further penetration. Alibaba might be an online marketplace, but for them, all the malls they now own — that’s their growth strategy.”

This attitude, together with what it calls “New Retail”, is helping Alibaba keep ahead of the pack. Occupying the same space is just a slim selection of retailers, willing to operate within the realm of constant experimentation.

Not all brands will emerge victorious in the race for technological supremacy, but the tight competition will certainly herald the beginning of a retail renaissance unlike anything we’ve yet been able to conjure, both hypothetically, and in actuality.

Join us at RetailSpaces to explore this topic and many more focused on the future of brick-and-mortar retail. Click here to learn more.