Envisioning the Mall of 2028 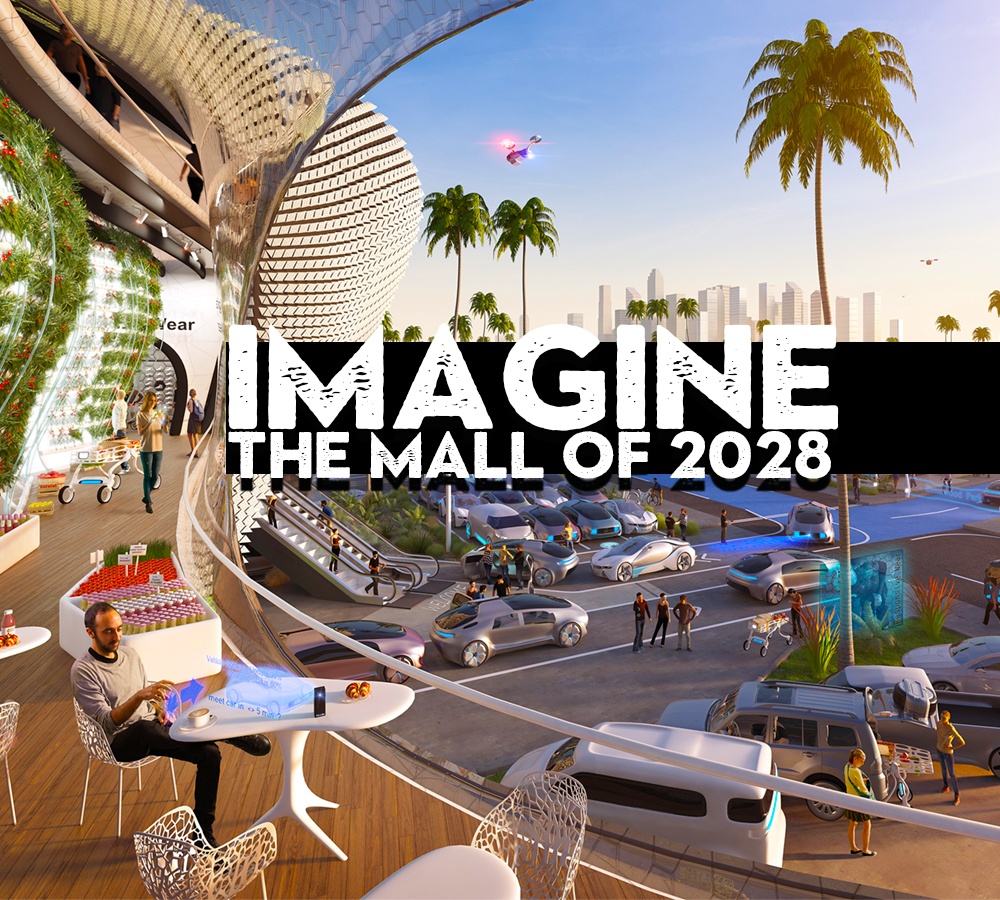 Imagine a shopping trip that involves a stroll beside pristine, meandering streams and futuristic buildings adorned with hanging sensory gardens. Where walkways are infused with artificial intelligence and delivery drones fly overhead, while fellow customers utilize mindfulness and reading rooms stocked with every book ever written and toilets that tell you if you’re hydrated and in need of certain nutrients.

You pop into a store and try on virtual clothes in a magic mirror, you then make your way past live performances to a farm, where you hand-pick the cucumbers and tomatoes you want in your salad.

While this sounds like a utopian backdrop for some kind of bizarre Narnian retail fanfiction, shopping center giant, Westfield, hopes this ‘hyper-connected micro-city’ could be a reality merely a decade from now.

At least, that’s what the name of its latest concept suggests. Unveiling an ultra futuristic vision for retail earlier this month, ‘Destination 2028’ paints a bold and rather overwhelming picture of what a mall might look like one day.

Such a wild reimagining of retail isn't only welcome but necessary" says Brian Solis, Futurist and author of the new research report 'Leading Trends in Retail Innovation'. 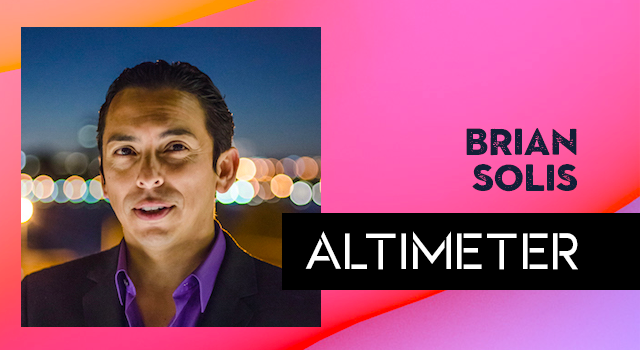 “In a way, we need to go back to the very nature of how malls were born in the first place."

“If you think back to the 1950s and the dawn of the suburbs, those communities needed entertainment, recreation and a sense of community to bring them together outside of their homes and cul de sacs. And so the mall was created,” he explains.

“Society is much different today though, and the nature of what the mall was designed to accomplish needs a serious upgrade.”

Westfield’s vision is just one example of the company’s commitment to reshaping the way we shop.

The announcement comes alongside heavy investment in its newly formed innovation hub, OneMarket. Going public earlier this year, the spinoff entity has close to $200 million in funding to develop big data deep dives into consumer behavior, which the company hopes will assist in creating the shopping experiences of tomorrow.

Solis says it's bold moves like this that will lead to true long-term gains, when uncertainty around malls is at an all-time high.

“Disruption is either going to happen to you or because of you, and it’s a choice."

“There are companies putting money down on innovation because they see it as an investment in the future. On the other hand, others are reluctant to spend any money at all on experimenting as they believe it as a burden,” Solis says.

Arguably, it’s this latter approach that has led to the stagnating state of malls across America.

According to Lee Peterson, proof of this disintegration can be seen in practically every major regional center across the country. 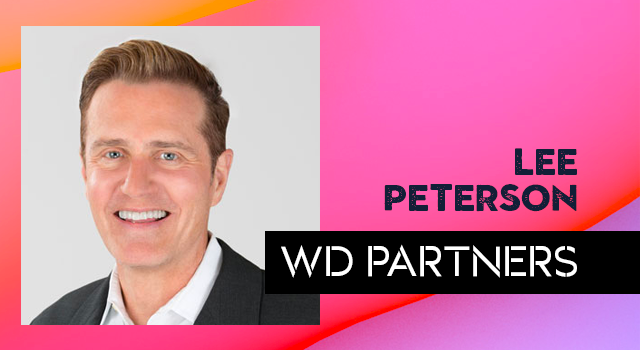 “Columbus, Ohio is a perfect microcosm of what’s been happening,” the WD Partners EVP says. “About 10 years ago, we had seven malls in Columbus. Now we have two. The other five? Gone.”

As devastating as the situation appears, examples such as these are only precursors to further pain on the way. Peterson points to research from Credit Suisse last year, which predicts as many as 275 malls will close by 2022 — roughly 25% of America’s shopping centers.

No one’s feeling this mounting pressure more than the owners of traditional malls, as they scramble to fill existing emptying properties and prevent devastating losses.

Last month’s RECon in Las Vegas confirmed as much. At the gathering, several mall operators revealed plans to introduce hotels and residential units to fill the void left by imploding long-term anchor tenants like JCPenney and Macy’s. The move signals a big shift away from filling retail space with retail, which is no longer a viable strategy.

The mall as we know it is dying, and the nails are already being hammered through fresh coffin pine — an outcome Solis says the industry should have seen coming long ago.

“It’s almost as if no one has been reading the playbook of what it takes to be relevant,” Solis says bluntly. “You’re not going to be able to succeed if you’re drowning in debt, and drowning in shareholder pressure to return to profits that are simply never coming back. These models have been set up to fail for many, many years.”

That’s not to say progress isn’t being made at all in the US.

Interesting things have been happening in new mall development over the past few years..

For example, LA’s Platform has sent ripples of excitement throughout retail since opening in 2016. Originally hewn from an abandoned car lot, the wildly popular shopping destination now makes $850 per square foot each year — far more than the $165 of traditional shopping centers.

Other examples, such as the luxurious Royal Poinciana Plaza at Palm Beach, succeed in not only mirroring their surroundings but further informing the community’s identity. The incoming Hudson Yards development in New York’s West Side is tipped to have a similar effect, while Solis praised upgrades made to Pennsylvania’s King of Prussia Mall a few years ago. It’s developments like these, he says, which demonstrate a solid understanding of an ever-evolving consumer.

“It’s not like customers changed overnight. It’s not like any of this is new. This is 20 years in the making."

“Technology will only continue to enhance our lives. Companies like Uber, Airbnb and Doordash are drastically altering what customers can do with their devices and that’s further disrupting traditional retail models,” he says.

As to whether progress like this will herald a new age of mall culture in the US, not everyone is convinced.

Alasdair Lennox, of major brand and retail consultancy, Fitch, is one such example.

The recently appointed Executive Creative Director of the firm’s North American studios admits envisioning the American mall of 10 to 20 years from now is difficult to do. Not just because the idea is steeped in pure speculation, but also because the terminology we’re used to no longer works. 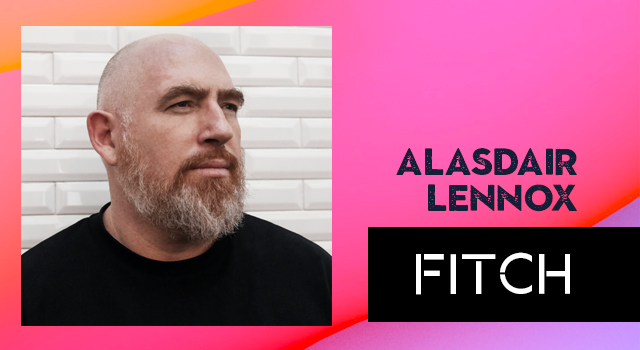 “The word ‘mall’ is completely old-fashioned. It’s a dinosaur phrase.

“I try not to talk about ‘shops’ and ‘stores’ anymore. While those terms are convenient, they’re part of yesterday’s currency,” Lennox says.

“Retail spaces need to act more like stages than shops. Malls have to become cultural centers, with a greater focus on adopting a constant state of change.”

Speaking on the phone while weaving through Manhattan’s busy streets to get to the office, Lennox voiced an assessment of US retail it may not be open to hearing.

“We’re kind of in catch-up mode over here. That’s maybe one of my brutal truths for America,” Lennox says. “The most exciting and innovative developments in retail are happening in places like Europe, Dubai, Shanghai, and Korea — not in Chicago or SoHo.

In highlighting his point, Lennox singled out examples abroad, which are successfully changing the shopping center status quo.

Apart from revealing Destination 2028, Westfield has invested close to USD$800 million expanding its existing London location. When completed in October, the new outdoor additions will make the center the largest of its kind on the continent. Meanwhile, Chinese giant Alibaba Group continues to successfully merge its online might with offline efforts, following the opening of its new, high-tech ‘More Mall’ two months ago.

Regardless of newer developments, Lennox says innovation has been in full swing for years overseas. In particular, he referred to London’s BoxPark, considered the world’s first pop-up mall. Consisting entirely of an array of shipping containers, Lennox praised the concept for its street food markets, entertainment spaces and endless experimentation. 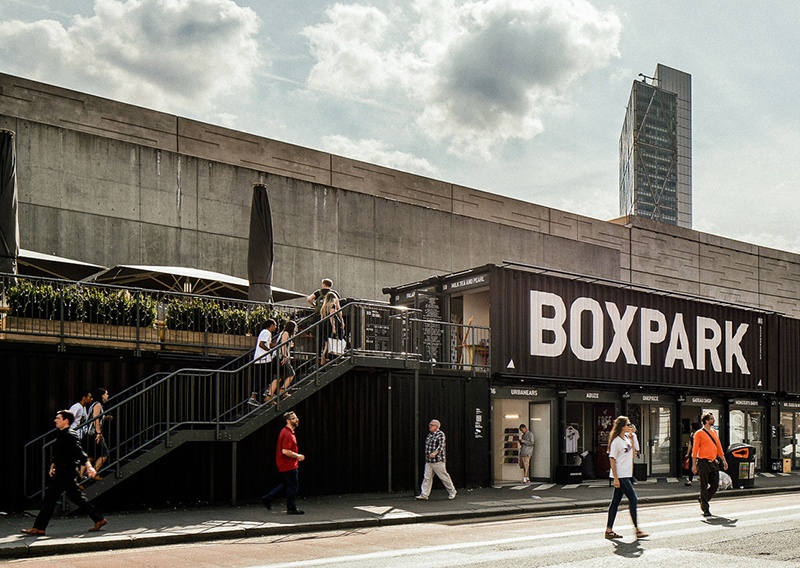 “Every time you go, there’s always a new brand, a new product, new things. It creates freshness. And freshness is what people are looking for.”

As Westfield’s formidable foresight suggests, finding new ways to surprise the customer will be vital for future centers. In this way, retail spaces need to become carefully curated experiences — places for daring and disruptive companies to exhibit their very own unique DNA, with no two locations feeling the same.

In this sense, the age of categorization and labels like ‘mall’ are coming to an end. With each retail hub displaying its own distinct feel and flair, attempting to bestow blanket terms on these environments would nearly be a pointless endeavor.

It’s clear there’s no end in sight to the disruption ahead. In fact, disruption is already becoming the new accepted norm. Instead of seeing this as a burden, brick and mortar store development teams should be grateful for the challenge.

In building the next iteration of retail centers, Lennox says, the industry can help enhance the lives of customers and keep us human in an increasingly digital age.

“As much as we like sitting at home on our sofas, we have a real need to connect and share and communicate with each other. We want to be entertained together,” he says.

“We’ll see physical retail transform from mere places where commodities are sold, into environments where people with similar passions can meet.”

Despite his constructive criticism of the US market, Lennox does have praise for certain developments taking place on this side of the Atlantic. Still on the phone and now walking through Times Square, Lennox stops to look at the blazing signs and admits “what companies in North America totally get is culture.” 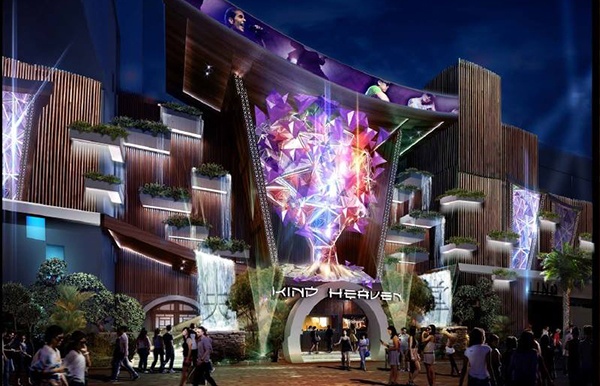 Meanwhile, Lollapalooza Founder, Perry Farrell, is working to radically reshape the nature of entertainment with the $90 million immersive project, Kind Heaven. The Las Vegas attraction will use groundbreaking holographic special effects to create a surreal rendition of Southeast Asian streetscapes, temples and jungle environments. As visitors explore alleyways and interact with improvisational actors, they can purchase food, products, and even step into a nightclub straight out of Hong Kong.

As more initiatives like these come to life, they’ll gradually lay the foundations for the shopping meccas of the future. These developments won’t just ensure the longevity of retail, but could also potentially reshape the very nature of society itself. What retail has is an opportunity to lead a revolution in the way we live, consume, and interact with each other.

“I’m an absolute believer that those who think retail is dead are completely wrong,” Lennox says, with conviction. “It’s exactly the opposite. We have such a rich future. It’s all just going to feel radically different from what it is today.”

Join us at RetailSpaces to explore this topic and many more focused on the future of brick-and-mortar retail. Click here to learn more.