10 Rules for the New Age of Brick-and-Mortar Retail

Alasdair Lennox is a self-professed provocateur.

The Executive Creative Director of brand and retail consultancy, FITCH, made this very clear the moment he hit the stage at RetailSpaces. Armed with advice on how to navigate a new age already dawning on the retail industry, he had no end of controversial ideas to impart.

Addressing the audience of store development, design and construction leaders, Lennox began with a statement designed to induce discomfort.

“Everything you and I have learned about retailing previously is now wrong."

“Everything you and I have learned about retailing previously is now wrong."


“I’ve been doing this a long, long time. Allegedly, I’m pretty good at it. But I believe I’m actually an idiot,” Lennox confessed, before declaring, “the old rules of retail do not apply. I say that to myself every day.”

Having established the paradigm-eroding nature of his talk, Lennox then unveiled an updated list of rules for the unfolding transformation of brick-and-mortar retail.

1. Checking in is in, checking out is out

Having tested Chicago’s Amazon Go when it first opened, Lennox believes it’s not difficult to imagine how popular and widespread the store’s “Just Walk Out” technology could become. Amid rumors the online giant is planning to rapidly expand the concept, retailers should be looking at ways to adopt the ultra convenience that frictionless shopping can provide. However, Lennox does believe there’s a fine line to toe: “This sort of super frictionless shop can create disengagement.”

With customers becoming increasingly couch-bound, retailers need to provide more compelling reasons for people to visit a store. Lennox said brands need to strive for an optimal mix of service, leisure and hospitality. In particular, he praised concepts that incorporate community event spaces and co-working facilities, as well as toy stores built around playgrounds and hands-on interactivity. Because recreational fulfillment is now the major driver behind most store visits, the most successful designs will conjure “excitement and exhilaration that tap all senses simultaneously.”

The customer of today expects something new and different every time they visit a store. Taking this into consideration, retailers need to create physical environments with flexibility in mind. This also means five to 10-year leases are a dead concept. Meanwhile, at the other end of the spectrum, Lennox said pop-ups are a tired format. Instead, he suggested moving toward lease periods of one to two years will facilitate the creativity and agility necessary for brands to stay relevant.

With the entrance of companies like Everlane to brick-and-mortar retail, the need for openness around sourcing and pricing has been thrust into the spotlight. While customers still demand value, 94% admit greater transparency is important to their purchase decisions. Given this shift, Lennox suggested companies would do well to adjust their approach accordingly. Attempting to disguise a fast fashion outlet with high-end store design, for example, isn’t likely to resonate with a new breed of customer.

“The future of shopping is not selling, but a service,” Lennox declared, stressing that designing spaces with the sole aim of moving inventory is an outdated practice for most brands. With practically any product just a few thumb-taps away today, customers expect much more than just a purchase from a trip to a store. Rather than “what can I buy with you?” Lennox believes consumers are instead asking, “what can I achieve with you?” Companies that can answer this call on the store floor will succeed in creating “greater empathy, connection, and joy with customers.”

On a related note, in an age where many customers possess more knowledge than staff members, Lennox argued the role of the salesperson needs to evolve into that of a coach, guide, or mentor. To demonstrate how sales-based environments can generate distrust, Lennox highlighted the massive drop-off seen in traffic to automobile dealerships. He used up-and-coming car-sharing company, Lynk & Co, as an example. The disruptive Chinese disruptor’s showrooms feature no cars but are instead a learning space for visitors to acquaint themselves with the brand and concept.

7. Bigger is not better

Thanks to the ease of being able to find any information we need on our smartphones, the idea of having to search for items in a large, sprawling store has become an inconvenience. “It’s not about square footage anymore,” Lennox said, instead suggesting “time is the new currency, the new metric to create a store around.” With that in mind, he challenged brands to explore what can be achieved in smaller spaces, focusing on how to “give customers the best 20 minutes, or even 20 seconds, of their day.”

8. Build for now, not the future

Given the phenomenal rate at which the industry, and consumer expectations, are evolving, the amount of time a store can manage to remain relevant is shortening rapidly. Because “it’s impossible to plan for what happens five to 10 years from now,” Lennox boldly stated, “we should be designing environments for the next 10 months, not 10 years.” This falls in line with a growing trend toward stores with inexpensive interior design, featuring ultra-expensive products. Ultimately, this makes finding the best materials and finishes an increasingly pointless exercise.

In order to reimagine store development, old metrics need to be tossed aside. This means forgetting how much money a store makes per square foot, instead truly investing in the lasting effect of the experience— a phrase Lennox believes has become “one of the laziest in the industry.” He praised the Starbucks Reserve concept, which encourages customers to explore new products, creating a deeper sense of engagement. A stark contrast to the normal 20-second product fulfillment they’re likely used to, Starbucks loyalists and newcomers alike walk away with a deeper emotional connection to the brand. 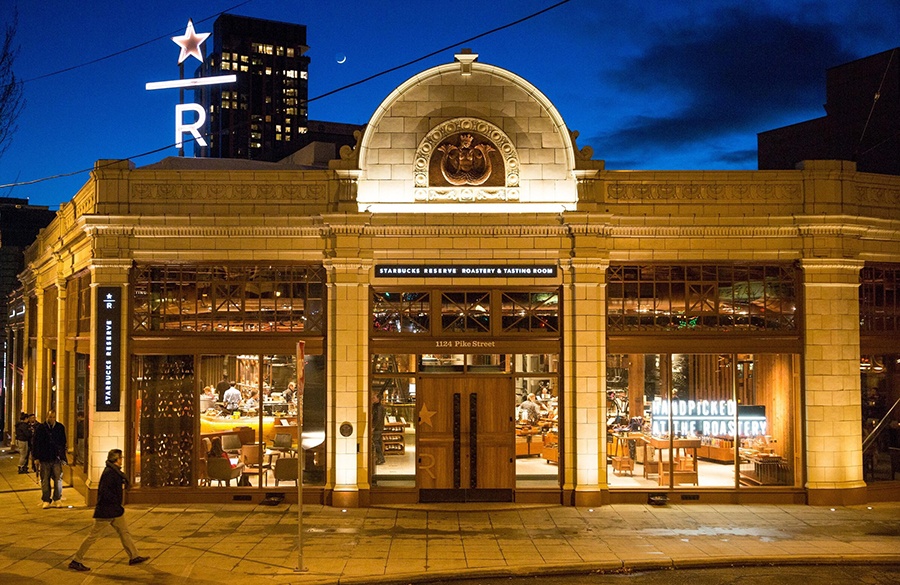 Companies that effectively utilize data and perfect personalization will quickly become industry leaders. Customers “don’t want to walk into the same store on multiple days and be treated like a stranger,” Lennox said, adding the store of the future is one that “gets smarter with age.” In particular, Nike by Melrose is a glimpse of what will be commonplace over the next few years. With product and design initiatives fueled by a wealth of data collected online and in-store, the concept is a prime example of the integrated, responsive, and dynamic environment customers will soon come to expect of a brand encounter.

While the realities of a new brick-and-mortar era may not be easy to adapt to, Lennox urged retailers to begin making radical adjustments, if they aren’t already… no matter how difficult they might be.

“At FITCH, we’ve been heavily evolving the last few years and going through some very painful changes.”

He also encouraged American brands to seek out inspiration and guidance from key trends developing abroad, admitting “all roads lead to China at the moment. And I say that as a proud European.”

Staying humble and learning together will be essential, in a world where a “build it and they will come” attitude no longer applies. 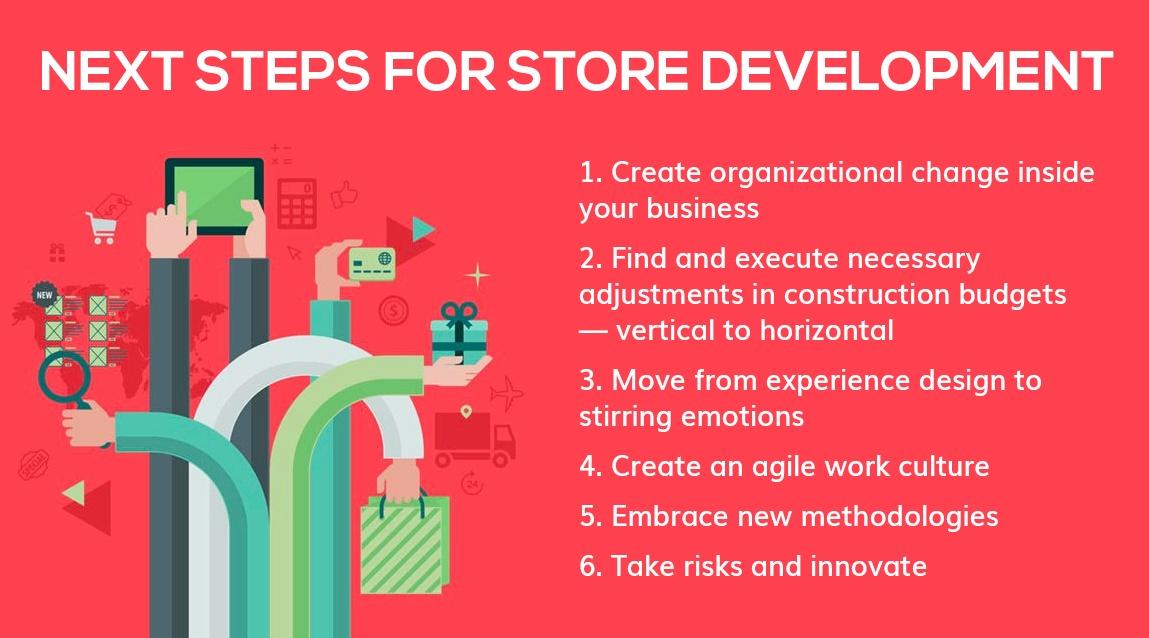 Join us at RetailSpaces'19 to explore the future of brick-and-mortar.