What Can Business Leaders Learn From Tony Hawk?

You gotta keep getting back up

Tony Hawk's rise to fame and fortune might sound like fate just happened to smile upon him, coupled with the good fortune of being in the right place at the right time. However, the reality is that it took the professional skateboarder, entrepreneur, and philanthropist a lifetime of sticking to his guns, blocking out noise, and thinking outside the boardroom to get where he is today: a 51-year-old father of four whose name is as synonymous with skateboarding as Muhammad Ali's is with boxing.

During an intimate talk at RetailSpaces, Hawk detailed his journey from being the scrawny skateboarder to the multi-hyphenate action sports mogul worth $140 million whose long list of professional achievements includes a namesake video game series that has sold over $1 billion worldwide.

His early life experiences—getting "picked on," as he calls it, but what we would refer to today as "bullying"—helped him to develop a tough exterior, and that helped him later on as he faced criticism for his professional decisions. 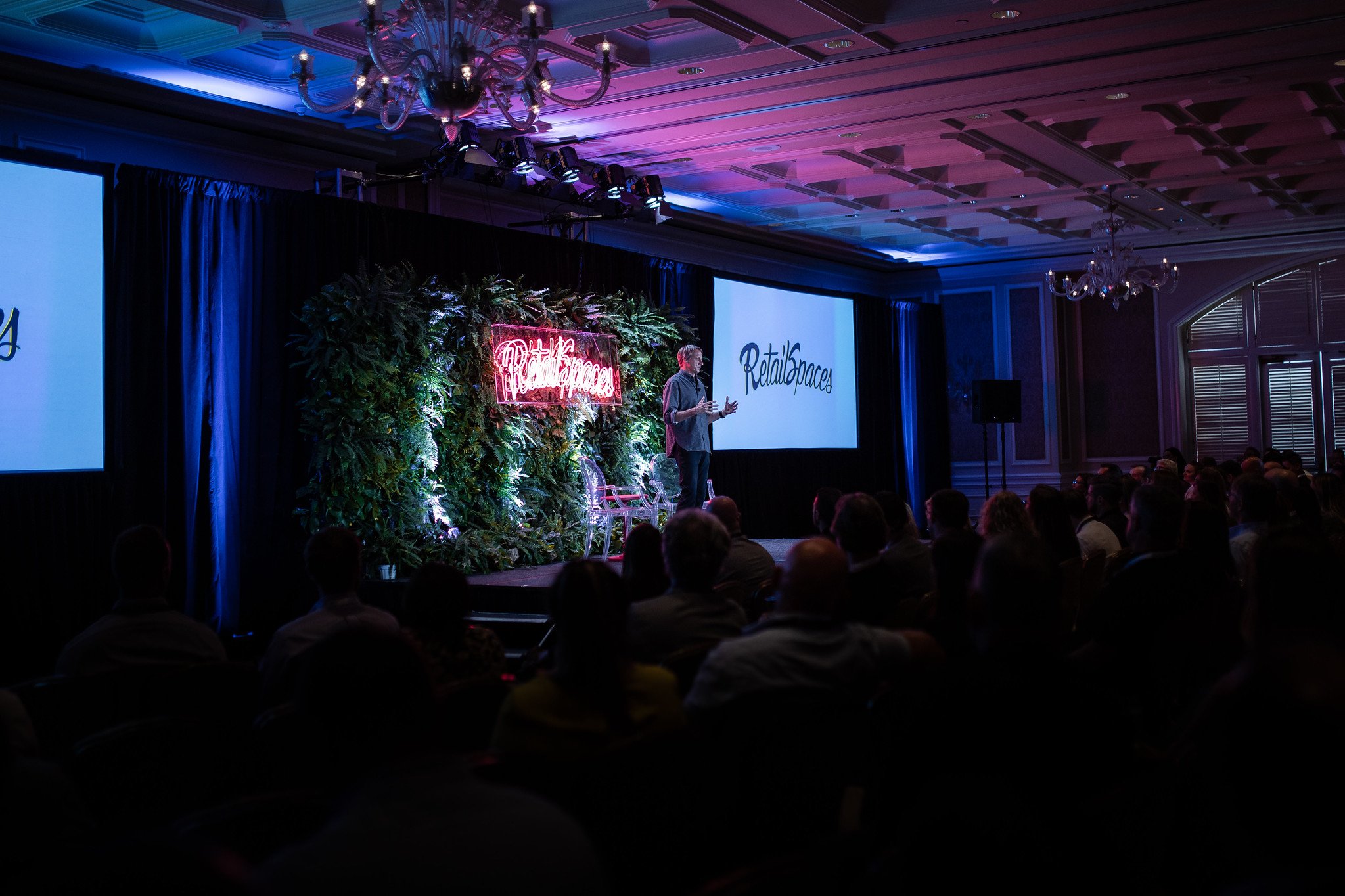 Tony Hawk started skating when he was nine years old, using his older brother's board simply as a mode of transportation. He thought it was cool to do things like go up a curb, but it wasn't until he saw skaters "flying" out of empty swimming pools that he really fell in love with it. He knew then that he wanted to "fly like those guys," no matter what it took.

"In skate parks there was so much freedom," he said. "It was this blank canvas with this oddball collection of people, from all walks of life and all ages, that I found fascinating."

He started to spend as much time at the skate park that he could, and eventually he learned how to get to the top of those bowls despite being a "scrawny runt." But one day he missed, knocking out his front teeth and getting a concussion.

"It wasn't like I was choosing a career; I was 12 and I just loved doing this thing"

"I remember waking up in the pro shop and my first thought was, 'Man, I gotta learn how to do rock-and-rolls better,'" he recalled. "That's the moment that I knew this is what I'm going to do with my life." Plenty of people try risky sports and quit as soon as they get hurt. For Hawk, this incident was just the price he had to pay for progression.

He kept right on at it, learning how to do the aerials he dreamed of and putting all of his energy into skating…only to see it become deeply unpopular.

"It was the furthest thing from cool you could do," he said. "I had to hide my skateboard in school so I wouldn't get picked on. I just kept skating because I loved it."

Still a "little nerdy kid" and a misfit in his community of misfits, Hawk started creating his own skating style out of desperation. He didn't have the bulk or the strength to get up high like the other guys, and as an outcast he was also very isolated.

In hindsight, he said, it prepared him for "haters." "At some point I realized, 'Okay, I'm not going to fit in. I'm not going to get all the love and acknowledgement, but I love doing it so I'm going to stick with it.' It wasn't like I was choosing a career; I was 12 and I just loved doing this thing."

This is the part of Hawk's early life story that plays out like a Rocky-style montage: he kept going at it, eventually learning how to get airborne and developing new tricks that hadn't been done before. He started to skate on different terrain, and then started competing, reaching the top of the amateur ranks pretty quickly. He got a sponsorship from Dogtown Skateboards and then Powell Skateboards. He turned pro, which at the time just meant checking "pro" on a competition application rather than "amateur."

"Suddenly I was getting recognized for being innovative," said Hawk. He kept competing, winning, making money, and earning respect. Then, by the time he was 17, skating started to become popular again…and he found himself isolated once again.

"The old adage, 'It's lonely at the top,' is true," he said. "I was winning all these events but I was at an age where I didn't really understand any of these pressures." His peers, who were also his competitors, distanced themselves from him, treating him as untouchable. At the same time, if he did come in second in a competition, it was treated as if he would never win again.

"I felt a lot of pressure and I felt isolated" he said. "Finally I said, 'I just love skating and I'm just going to keep doing it and I'm not going to listen to all of this noise.'"

By the late '80s, he was making six figures. He bought a house at age 17 and was on tour nonstop. He thought his career was set…until skating took a dive in popularity again, at a point when Hawk had two mortgages and was expecting his first child.

With his income dropping by half every month, he figured his career as a skateboarder was over, so he and a friend launched Birdhouse Skateboards in 1992. He sold his second home, lived on Taco Bell, and "scraped by" for a few years.

"Skating had evolved immensely," he said. "People had learned to use the urban landscape as their skate park. They were doing stuff no one had ever seen."

Within a few years, the X Games became a '90s zeitgeist. "We were in the right place at the right time, and suddenly we were front-and-center," Hawk recalled. 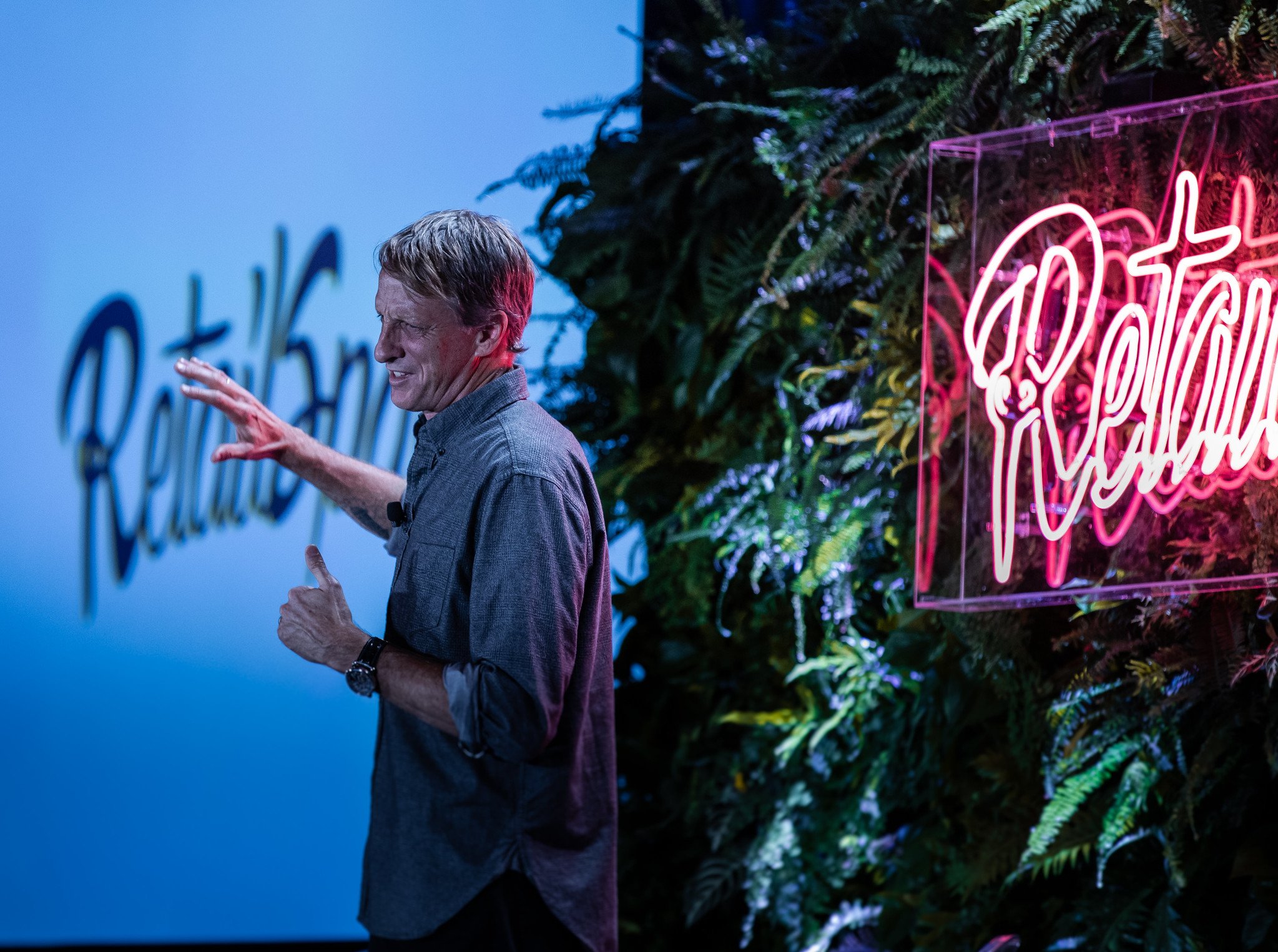 In 1999, things changed dramatically for Hawk: that year, after the competition portion of the X Games was over but the cameras were still rolling, he successfully landed a 900 (two and a half full rotations)—the first skateboarder to ever do so. After a decade of trying and several ribs broken in the process, he finally landed it. For him, it was a relief just to have it done. For the rest of the world, it was the moment skateboarding went mainstream and "Tony Hawk" became a household name.

That moment became a SportsCenter highlight. Suddenly, people were stopping Hawk in the airport. Shortly after, the first Tony Hawk's Pro Skater game was released on PlayStation, and it included the 900 trick. Sixteen more Tony Hawk's games have followed since, making it one of the most popular franchises in video game history, generating more than $1.4 billion in sales worldwide. It is also the highest-selling action sports game franchise in gaming history.

"Skating taught me to just keep getting up and try again, so a lot of that translated into business"

"In terms of career trajectory, that's when everything changed for me," said Hawk. After two decades of competing, Hawk felt like this was the right time to stop. He ended on a high note, and then branched out more as an entrepreneur, pursuing other opportunities he saw with skateboarding that weren't competitions.

He developed an arena tour with skateboarding, motocross, BMX, and bands, where the action sports were the headliners and not just sideshow acts in the parking lot of a music festival. It was a "way bigger" success than he anticipated, running for six years and selling out some major stadiums.

"Little did I know that during that time, I created a brand," said Hawk. "People associated my name with something other than myself. I realized I created this brand and was able to really transcend skateboarding to be able to work in other arenas and also have bigger corporate sponsorships."

Those corporate sponsorships—Club Med, McDonald's, Doritos, Got Milk?—were met with criticism in the skateboarding community. Hawk was accused of being a "sellout," but it was because of those sponsorships that he was able to launch the Tony Hawk Foundation to create public skate parks in low-income areas.

"I was really using their marketing money to promote skateboarding on a bigger scale and to build skate parks, so I felt pretty good about all that," he said. "Also, my time as an outcast prepared me for the backlash."

Hawk has been able to create a unique path in a sport that was considered a novelty, a child's toy, and certainly not a career. He stayed true to his passion, and kept innovating beyond just the skateboard.

"Skateboarding taught me to just keep getting up and trying again, so a lot of that translated into business," he said. "My only secret is I didn't quit. I learned to navigate injuries and other setbacks, but through and through I had this passion for skating, and that's who I am still. I'm still that 12 year old kid trying to get to the top of that pool."

Subscribe to get the latest RetailSpaces insights and keep up-to-date on RetailSpaces 2020 (Sept 20-22 in LA).