What American Retailers Can Learn from China

A tough stance on safety is key. So is thinking outside of the box.

As retailers across the United States start to reopen after months-long closures, there is a sense of excitement in the idea of a return to "normalcy," but also a lot of concern. Customers have doubts around the safety of to return to stores and other public spaces. Retailers worry that they won't be able to attract the foot traffic even after opening their doors.

Zak Dychtwald has a unique perspective on what US retailers can expect over the coming weeks and months. His markets insight firm, the Young China Group, examines how emerging Chinese identity impacts global business. Informed by how the post-pandemic retail restart has played out in China, Dychtwald shared insights into what US retailers should expect and how they can approach reopening.

"After months of being told that we can't trust other people, the task of these retail spaces is to show people that they're safe in that space and they can trust the people around them," Dychtwald explained. "China has taken that job very seriously and the retailers that have done well have been able to impress upon consumers that theirs is a safe space."

Showing the customer "we have fundamentally changed the experience to make sure that you are safe and can go about your life" is the most important first step towards successfully reopening. That means adopting rigorous new cleaning and sanitization protocols and making that information available to customers through websites, email blasts, and social media. That also means stores making hand sanitizer visible and available at all times, as well as monitoring safe distancing.

After taking that first step of making customers feel safe in their stores, retailers have a lot to feel optimistic about, Dychtwald said. In China and other parts of Asia that have reopened, retailers have seen a pent-up customer demand. He calls it "revenge shopping"—after two or three months of this pressure building from people being at home and being denied, denied, denied their favorite things, that pressure needs to vent. They still can't travel due to many restrictions still in place, but they can splurge on that product that they were possibly on the fence about before.

Dychtwald referenced a line from a Tang Dynasty poem that translates to "today we have booze so today we'll get drunk"—the "YOLO" of the ancient world. The customers that were not hit hard by the economic downtown—and, to some extent, even those that were—are taking a YOLO-style approach and adopting an "enjoy what you have now" mentality.

"You saw it on the luxury side of things, that the consumer is more resilient than expected," he explained. In one of his newsletters, he wrote about a Hermès flagship store in Guangzhou that sold $2.7 million worth of merchandise in just one day after re-opening. He also shared an anecdote from his friends on the ground at a Mercedes factory in China where they are making more cars than ever before to keep up with increasing demand.

"People are just like, 'You know what, I'm sick of not having a Mercedes. I waited all this time and I've been trying to be responsible but I'm done not being someone who drives a Mercedes,'" he said.

Younger people in particular are looking for ways to have fun after several months of not being able to, but the prerequisite, Dychtwald said, is that retail stores are able to create an ambiance of security and safety. Once they create that ecosystem of safety, "then people are willing to go all out."

America's fractured and disjointed response to the COVID-19 pandemic will create a unique set of challenges that were not present in China, or even in democracies like Taiwan and South Korea. Those countries used GPS-enabled contact tracing in conjunction with personal data (including medical records and travel history) to contain the spread of the virus. Here, it is going to fall heavily on private industry to create that safety ecosystem in order for people to feel comfortable breaking out their wallets and start bringing this economy back.

As for the distinctly American phenomenon of people protesting about their right to not wear masks, he said the only way around this is for retailers to make masks mandatory.

"[That's] just going to hurt small businesses," he said. "If you can't convince consumers that they are safe in your store or restaurant, then they're not going to show up."

By making masks mandatory, he explained, individual retailers are able to exert at least some control over public health and safety, even if they can't control what happens outside their stores. Additionally, retailers need to empower their associates to turn people away at the door if they're not willing to follow those rules. "You just have to do it," he said. "The masks won't be forever."

Dychtwald said he is also starting to see some major hospitality and retail companies appointing a "director of health" role to oversee everything in the health and wellness space. In regards to COVID-19 safety precautions, that means implementing stringent new sanitation guidelines and ensuring those new procedures are followed diligently throughout the company. One Great Clips franchisee, for example, has created a new "hair traffic controller" role to manage the flow of customer traffic to maintain safe distancing inside each store.

"Put one person in charge and then articulate this to your clientele," he said. "You don't want to make it overbearing, but you also don't want to run the risk of under-communicating and making your clientele unsure that you've put in the work to make the space safe."

Crowd control is also going to be important, from limiting in-store capacity to managing safe distancing in lines to get into the store and at the wrap desk. To address congestion inside their stores, some retailers are using digital tools. At car dealerships in America that have reopened their showrooms, for example, customers can reserve a time online to come into the showroom and test-drive a vehicle that has already been completely disinfected for them in advance.

"Retailers are digitally upgrading to provide that additional element of safety, reduce crowds, and allow for ample time for disinfecting and proper cleaning of the space," Dychtwald said.

In China, the massive department store chain, Intime, owned by the ecommerce and tech behemoth Alibaba, has seen great success in attracting customers back into stores through digital tools. Live-streaming and online shopping have been essential in driving business during and even after COVID-19 shutdowns. Sales associates have become “livestream hosts,” averaging 200 sessions per day on Alibaba’s platform, while floor managers schedule their streaming times. The hosts showcase various products like makeup and shoes, and customers can purchase those products in-app for home delivery or in-store pickup. 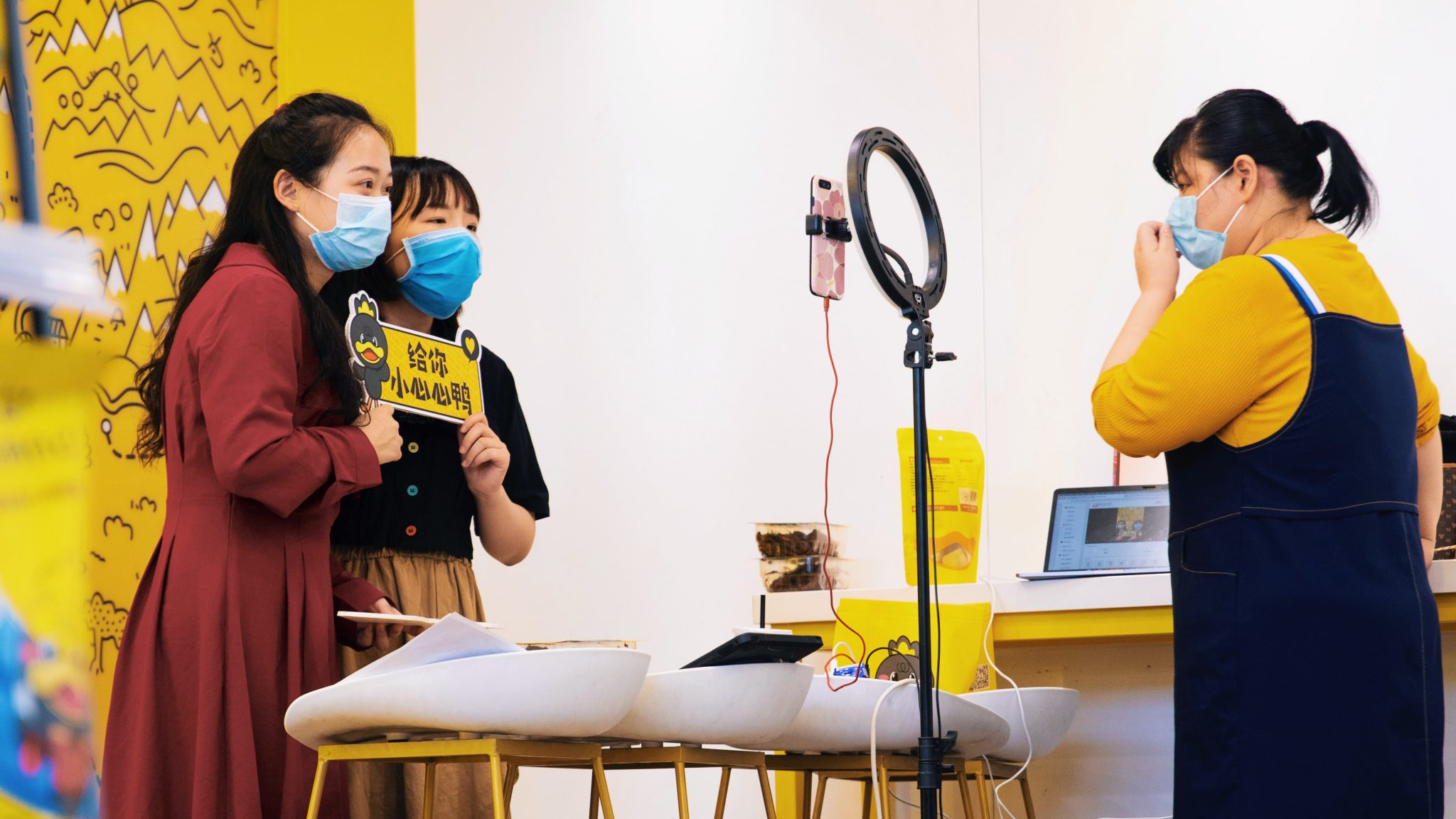 The digital push has driven online sales to account for nearly 20 percent of all sales, versus single digit online sales in 2019. At the same time, digital engagement has also helped to increase in-store foot traffic, with 50 percent increases month over month in both March and April. Instagram-worthy displays that shoppers eagerly shared on social media also helped bring customers back into their stores.

The businesses that have leaned into and embraced these changes, rather than resisting them, have benefitted. Dychtwald cautioned that many of these changes aren't going away anytime soon, and some may even be permanent. "Those that have been doing well have adapted and pivoted as fast as possible and have allowed their customers to find joy in their space and in their products," he said. "The way that they've allowed them to do that is by building that safe space within which consumers can run free and enjoy themselves after two or three hard months of isolation."

The main point that Dychtwald wants to drive home is that the consumer impulse is still very much present, and there is even a pent-up desire just waiting for an outlet. Physical retail can be that outlet as long as safe spaces are created.

"It's the job of retail leaders to be the sheriff in town showing that they've set up rules, controls, and systems to keep people safe so they can go about their lives again," Dychtwald said.

We’ll be providing you with insights as retailers navigate this new normal. Subscribe to our blog to stay in the loop.