The Evolving Role of Store Development 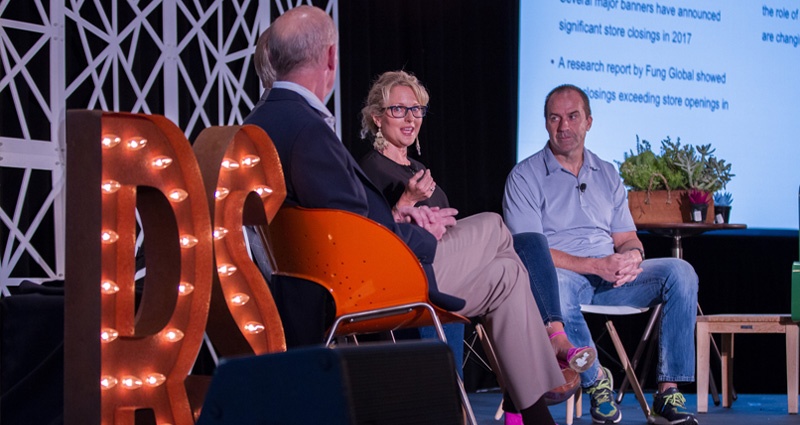 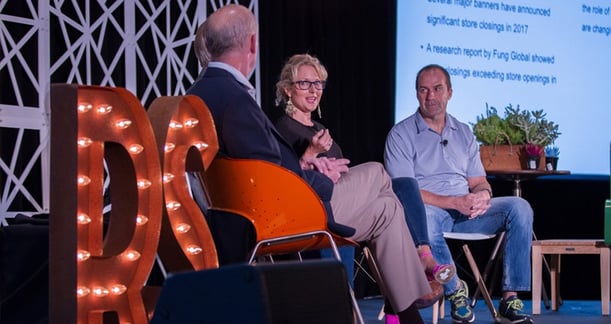 Imagining the state of brick and mortar retail a decade from now is near impossible. Thanks to an explosion in experiential concepts and clever digital integration, the most successful companies are completely reshaping the retail landscape.

Given the rapid rate of change, it’s no surprise the role of store development professionals is evolving just as quickly.

Exactly what the future holds was in focus at RetailSpaces '17, where a panel of store development heads revealed how their own experience is changing. Acting as the moderator, Steve Pollard, Managing Director at JLL, was completely forthright in his assessment of the industry.

“The role of the store development professional is going to change. That’s without a doubt. 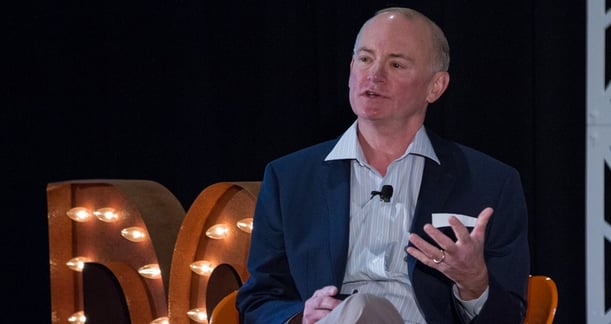 While Pollard’s prophecy may seem extreme, his fellow panelists were quick to agree. An explosion in new ideas and innovation has led to a subtle, yet powerful shift in the way design teams need to operate.

For Main Event Entertainment’s VP of Design & Construction, Brian Moran, seeing yourself in a different light is necessary to succeed in a modern retail environment.

“You have to become the facilitator of the end result.

Going a step further, Emily Watkins, SVP of Real Estate & Construction at Charlotte Russe, even suggested a re-branding of the development role, referring to herself and team members as “owner’s representatives.”

“An owner’s representative is someone who’s much more focused on what they’re trying to accomplish with their brand, versus just looking at the construction schedule,” Watkins said. “It’s a different mindset. A different mentality.”

Catering to the Newcomer

Though such a mental realignment is impossible to achieve overnight. Design teams will first need to thoroughly acquaint themselves with an expanding consumer base which is evolving even quicker than the industry itself.

Recognizing the need for a stronger dialogue with millennials, a customer mapping exercise helped Charlotte Russe better understand the shopping habits of a younger audience.

“We found our customer still buys in store probably 80% of the time, because she doesn’t want to wait for or pay for shipping. So while she’s engaging with us on her mobile device all week, once she receives her paycheck on Friday, she goes shopping and asks the sales associate to cut the tag off because she’s on her way out” Watkins said.

The fact millennials demand ease and efficiency in the sales process will come as no surprise to retailers. But in an age of instant gratification and neverending tech releases, the younger customer also expects brands to catch their attention long before they hit the shopping aisle.

“So much of our customer’s experience is on our app or website, which then draws her into the store. I really had to change the way I think about that in order to embrace and develop the right store experience” Watkins said.

It may have been possible for a company’s online approach to operate autonomously from store design teams once upon a time. For Pollard, that way of thinking is now way out of date.

Instead, the key to keeping physical retail relevant lies in building an all-inclusive ecosystem that creates meaningful interactions with customers. 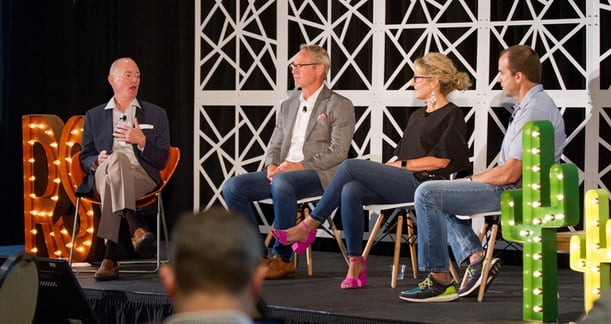 Luckily, teams today can search the shifting sands of tech development for a whole host of new resources.

One such tool is allowing Destination XL Group to excel into the future. According to the male clothing retailer’s SVP of Real Estate & Store Planning, Peter Schmitz, using data collection has huge potential.

“90% of our customers are on a loyalty program. We have so much data,” he said. “With that data and even things like facial recognition when they walk through the door, we can identify a lot. It helps us decide where we want to place stores.”

“With RFID technology we can track our guests much more closely — where they’re going, which games they’re playing more so than other games, what they like, what they dislike,” Moran said. “It means our buildings are constantly evolving. We build them and six months later we’re changing games.”

The bowling and entertainment chain’s willingness to try new things has only led to further exploration and innovation, despite the difficulties this can present.

“We’ve now given our servers iPads and made them mobile. That changes the whole infrastructure of the building from an engineering standpoint, so we have to make sure we get the right infrastructure in place,” Moran said.

Maintaining an experimental mentality can ultimately enhance the customer experience as well as a brand’s image. Though for some, it will also mean having to acquire a foreign skill set.

“We’re finding opportunities to do pop-up stores or try things which are a little different. That’s creating a lot of new competencies because it’s a lot harder. It’s surgical,” Watkins said.

“It’s so much easier to go into an open box and start from scratch.”

Challenges aside, Watkins believes there’s never been a more exciting time to be in the business.

“It’s a lot of disruption, but it’s also a time to really insert ourselves into the strategy of the business. That can be really difficult and it can also be a lot of fun, depending on how you look at it,” she said.

For those less adaptable, the next few years may prove quite an adjustment. In particular, panelists spoke of the increased requirement for interaction with other departments.

“There is significant collaboration. We’re partnering with marketing IT more than we’ve ever done in the past,” Schmitz said. 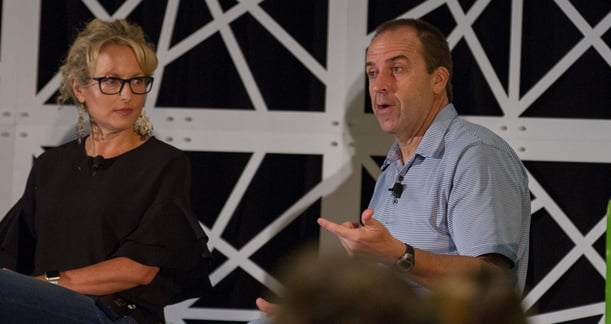 “I’m meeting regularly with the CIO, with the Head of Marketing, which is something I’ve never had to do before,” Moran agreed.

A larger volume and variety of projects also necessitates greater cooperation between external vendors and internal project managers. Charlotte Russe’s newfound focus on alternative store formats has provided extra hurdles for the company to contend with.

“Some people just don’t want to do that work. It takes the right personality and it takes good relationships with your supplier partners to figure out who’s the right person for that work and who’s not,” Watkins said.

The Future Isn’t for Everybody…

Assembling the right team for a particular project will soon be half the job for department heads. With non-traditional store formats sure to surge over the next five years, Schmitz believes surrounding yourself with capable people will make all the difference.

“My staff loves a change. They want to be busy. Whenever we’ve come up with a new concept, they’ve been happy to really grab it and run with it,” he said.

For others, adjustment has already proved a much rockier road.

“There is absolutely a certain set of people who have a hard time developing new capabilities. That might mean you need a new team so that you can evolve,” Watkins said.

…But it is Bright

While major challenges lie ahead, a retail revolution is already well underway. Pollard was quick to remind RetailSpaces attendees there is plenty of hope on the horizon, despite what news outlets may be reporting.

“We’ve all heard about the ‘Retail Armageddon.’ But there is still growth in retail.

Those willing to adapt and embrace the tumultuous times ahead are the ones likely to thrive and not just survive.

“There are going to be requirements that people change and learn new skills, gather new experiences and different ways to work, but the industry isn’t going away. Brick and mortar isn’t going away,” Pollard said.

For the full discussion, watch the video below. Enjoy!