As the fog of the last few years fades away, retail brands are finally beginning to glimpse an outline of the industry’s future. What they see is a familiar landscape evolving in several directions at once: a little more curbside pickup here, a few more local popups there, and a whole lot more tech integration all around.

For the brands that stay true to their fundamentals and survive what remains of this current period of disruption, it’s a bright future—a future that promises all the innovation and excitement of the industry’s past.

The wide-ranging discussion touched on whether the market is overstored, why consumers are hungry for local experiences, and what exactly is keeping retailers from testing new formats.

Are we overstored? Yes and no, the panelists argued: yes when it comes to department stores and malls, no when it comes to more innovative formats like experiential retail. But the picture is even more complicated than it may appear.

As Siegel explained, BMO published an analysis in 2020 that examined the effects of mass closures early in the pandemic. What it found was that while mass closures didn’t raise EBIT margins, stores that pulled back their promotions saw massively increased profits. “It was such a scary thing to say because the most obvious thing we do when things are problematic is we close a bunch of stores,” he said. “We tried to push this notion of, if your revenues are gonna be down, find the bad stores. Obviously, you have to prune 'em, but the idea is instead [that] we’re not over-stored as much as we're over-discounting?.”

As retailers figure out whether to expand or prune, Gonzalez recommended looking closely at what they offer that can only happen in-store. “There are certain items today that we know that we can just click to buy; it doesn't need a sense of discovery,” she said. “Shopping needs stores, buying sometimes doesn’t.” By understanding the difference, retailers can identify the best uses for their real estate and “lean into the opportunity of building human connection and unlocking that halo effect.”

One way of building that connection is going local. As retailers evolve into more exciting destinations that deliver memorable brand moments, the panelists expect they will also increasingly meet customers in their own neighborhoods. Ample evidence already speaks to the strategy’s benefits.

When Nordstrom opened up its line of Local service hubs, Gonzalez said, customers spent three to four times more, even in areas where there were full-sized units. A recent WD Partners survey of 2,500 consumers, meanwhile, uncovered an undeniable craving for local stores. “They preferred, almost three-to-one, shopping local than having to get in a car,” Peterson said.

The panelists also touched on the proliferation of formats like popups and showrooms—and why retailers are slow to adopt them even as research shows consumer affinity. Gonzalez pointed to a familiar obstacle: Wall Street. Because experiments tend to require, well, experimentation, brands are hesitant to embark on tests or pilots that might not yield immediate growth. “They’re gonna be scrutinized for the impact that has to financials today,” she said, as opposed to the potential network effects or customer lifetime value improvements that would only become apparent after several quarters.

“The problem with Wall Street is we've convinced everyone that you need growth at all costs,” Siegel agreed. As a counterpoint, he encouraged companies to consider L Brands, whose stock was in the ten highest-performing stocks in both 2020 and 2021 even as its growth technically stalled. “Revenues were down both years; EBIT dollars were up," he said. "Because they internalized [that] you could sell less, charge more, make more money because they had been over-discounted and they fixed it. And so the message that I keep trying to convey to people is exactly that. It’s—build your business and your business ultimately is your profits. It's not just about growing.”

As Peterson observed, the research is very clear about consumer enthusiasm for showroom stores. “Consumers are like, ‘Let’s have it,’” he said of WD Partners’ own studies. “Because it’s the perfect integration of technology and experience. You can go and experience a product. Go, 'Yeah, I'll take that, just ship it to my house.' I mean, isn't that what we're shooting for? Smaller real estate, smaller labor, smaller buildout. Everything about it is gonna cost less eventually, but you're still gonna get a better experience... It's beyond me why retailers haven't tried that more often.”

Another trend we’re sure to see more of: experiential retail, like Meow Wolf’s Walgreens-sized grocery-store-slash-art-installation Omega Mart. While Gonzalez is bullish on the concept, having partnered with Amazon to create a Carnegie Deli popup to promote The Marvelous Mrs. Maisel, she stressed the need to get it right. “I do think there's an opportunity, but it takes homework,” she said. “You have to be really purposeful about it and understand who you're trying to attract and the message you're trying to convey.” 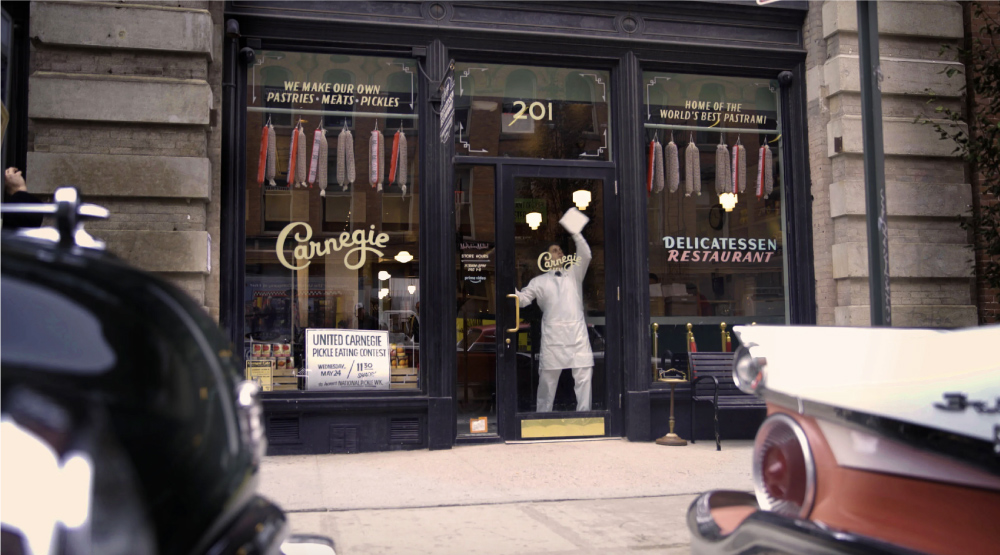 What the Future Holds

As the panelists turned their eyes toward the next five to ten years, they saw much to be excited about. Gonzalez is particularly interested in how stores will evolve to serve a new generation of digital-native consumers—like her daughter, who in a recent trip to Target picked out the same outfits her Roblox avatar wears in the Metaverse. “What they crave out of the in-store experience is very different,” she said. “They want to connect with communities; they want to have a sense of discovery.” The more data retailers collect, the better equipped they’ll be to serve these consumers.

For Peterson, the future holds intriguing new possibilities for used goods. He described a WD Partners survey that asked whether consumers would visit eight categories of physical stores more often if they had used areas. “The numbers were off the charts for every single one of ‘em,” he said. Pricing was one obvious reason why; another was simply the thrill of the experience, which easily lends itself to group outings. “If you want to increase footfalls in a store—any kind of store, a hardware store—just have used merchandise,” Peterson said.

What excites Siegel most about the future? Simple: the past. “From ’99 until 2001, we had the exact same thing that just happened right now. And then once it popped, what happened? It was the best decade of retail,” he said. Once the disruption of the last few years fades away, he predicts, retailers will see anew that they’re in a fundamentally good business. “Four walls, margins—they work, right? It scales really well,” he concluded. “Focus on your earnings, you'll get through the other side and the multiples will work… ’23 is gonna be great.”