How the Customer, Not Tech, is Disrupting Physical Retail

Significant shifts are necessary for retailers to remain relevant

For retailers struggling to keep up with the industry’s breakneck rate of change, all of this incoming tech is easy to blame. But if you ask Lee Peterson, EVP of Thought Leadership at WD Partners, adopting that line of reasoning is the wrong way to think about the situation at hand.

It’s not tech that’s the disruptor, it’s the customer.

This was the focus of Peterson’s talk at RetailSpaces ‘19. It is also one of the conclusions WD Partners has arrived at regarding the current state of retail, drawn from thousands of consumer interviews the firm conducts each year.

Another key takeaway is that the different departments of every retailer need to start working together instead of against each other — vying for physical space, labor, budget, and other resources — in order to face Amazon and Alibaba.

"A lot more 'work together' has to happen in order for us to compete with these 900-pound gorillas and with the customer, who is, at the end of the day, the disruptor," he said.

The Journey from Customer to Disruptor

It wasn't so long ago that retailers endlessly opened stores and counted on customers just showing up. Peterson described this process as "worming" — likening the proliferation of chain stores in the hundreds or thousands of locations across the country to a computer virus.

Then came the arrival of several seismic society-shaking shifts… the dot-com bubble; recessions; 9/11; the emergence of Amazon and Google; smartphones, apps for everything; millennials, and so on. Over the last three decades, retail has faced multiple crisis-level disruptions, and is still trying to rebound in their aftermath.

"The customer is juggling them all," said Peterson. "Retailers are too, but the customer is the boss. They wake up in the morning and decide what they're going to do"

"The customer is the boss. They wake up in the morning and decide what they're going to do."

Peterson said retailers MUST prioritize the customer above all else, and the first step in doing so is identifying what the customer wants — and then actually providing it.

"[BOPIS and showroom stores] are two things we know customers really want, but we don’t know how to produce it for them," Peterson said. "So [you have to ask yourselves]: are [you] really organized around the consumer, or around yourself and how you get stuff done? Or are you just doing things the way you always have?"

While many retailers simply aren’t listening to what customers want, there are those that are listening and already shaping the future of retail.

Nowadays, to be organized around the customer means making a necessary shift in the way the industry thinks of and approaches the concept of a “store.”

"There is no such thing as a store anymore," Peterson boldly claimed, before adding that Instagram, games, banner ads, and Etsy are all stores now, and they are all powered by the "anything engine" that is the smartphone. Through this "anything engine" we can communicate, book flights, research restaurants, buy a sweater, find a date — anything. And these "anything engines" have drastically changed how we buy things.

"Stores are just a piece of the constellation now; they used to be the only thing," he said.

In the attention economy where anything and everything is available to you at any time in the palm of your hand, stores need to become something more like an "anything engine" themselves. Peterson used the example of the cultishly popular skater store Supreme, which also sells items like ping pong balls, beepers, and voodoo dolls in addition to their skateboard merchandise and expensive and in-demand apparel.

He also alluded to the Nike store that boasts a basketball court; an Apple store with a stage for live music that also sells items like jump ropes and cycling helmets (and, of course, iPhones). One of Peterson's favorite restaurants in New York City, RH Rooftop Restaurant, is on top of furniture store RH. Grocer H-E-B in Austin has a food truck park and WeWork-style co-working spaces. 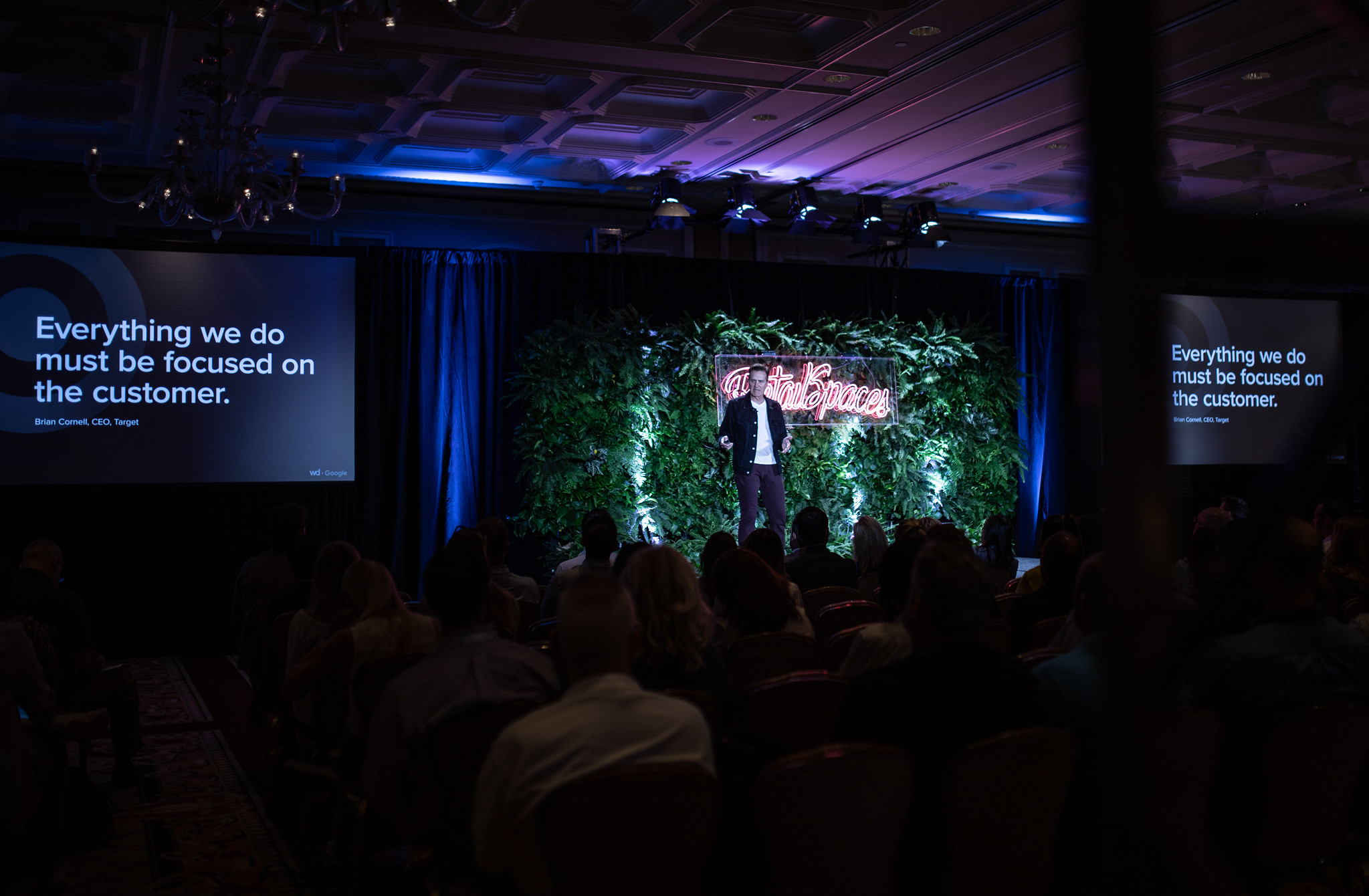 "Diversification of product and product extensions, something that we never used to think about before, produce different ways to draw and keep customers' attention," Peterson said. "It's not true anymore that straying from your lane will make you lose focus. What was once called a 'store' is more like a physical 'anything engine' now."

This might mean a specialty store looks like more of a hangout spot with a coffee shop and "Instagrammable moments." It might mean a big box store is a "social playground" with restaurants and fitness classes.

"There is no such thing as a 'store.' That is the mentality we need to get to," he said.

What a Retailer Needs

However, in order to deliver what customers want, retailers need to change.

Instead of vertical organization, in which there is a measure of competition for resources and incentives between different silos within a company, leaders within should be encouraged to work together as one cohesive unit.

"How many times have you run into one of these other silos that didn't want to do what you wanted to do that was the right thing for the customer?" Peterson asked. "The idea is we need to be more horizontal. We know that this works."

"We really feel organizations must change."

As an example, Peterson stressed that if 90 percent of customers want to be able to pull right up to the curb and have someone put the order in their trunk, then retailers need to create a team that incorporates IT, HR, store ops, merchandising, store development, etc.

"From what we've been seeing, horizontal thinking is just not there to get these projects done as fast as they need to be done," said Peterson. "We really feel retailers must change. The way they're organized now, it takes too long, each silo is too protective, and the way they're structured makes it almost impossible to get projects done how the customer wants it."

Peterson concluded his talk by pointing out that the 90's was over 25 years ago, and retail is a totally different ballgame now. More stores have closed in 2019 than in any other year in history, and the year isn't even over yet.

"There is obviously a sense of urgency about what we need to do," he said.

Enjoy this content? Request an invite to join us at RetailSpaces 2020 taking place September 20-22 in Los Angeles.