Leaders optimistic as they overcome obstacles and win customers

Costs are up, real estate availability is down, materials are in short supply, permitting offices are understaffed, labor is fickle, customers remain wary about in-person shopping: the state of store development could be better, in short, but it could also be a whole lot worse. And as a panel of industry leaders agreed at RetailSpaces ’22, the future looks quite a bit brighter than the recent past.

The panel featured Deborah Delaney, AVP of Real Estate Design, Construction & Sustainability at Canadian Tire; Ryan Haskell, VP of Retail Operations & Planning at T-Mobile; and Aaron Harris, VP of Real Estate and Construction at Dutch Bros Coffee. With decades of combined experience, they offered perspective into the challenges facing physical retail today and a vision of where the industry is headed next. 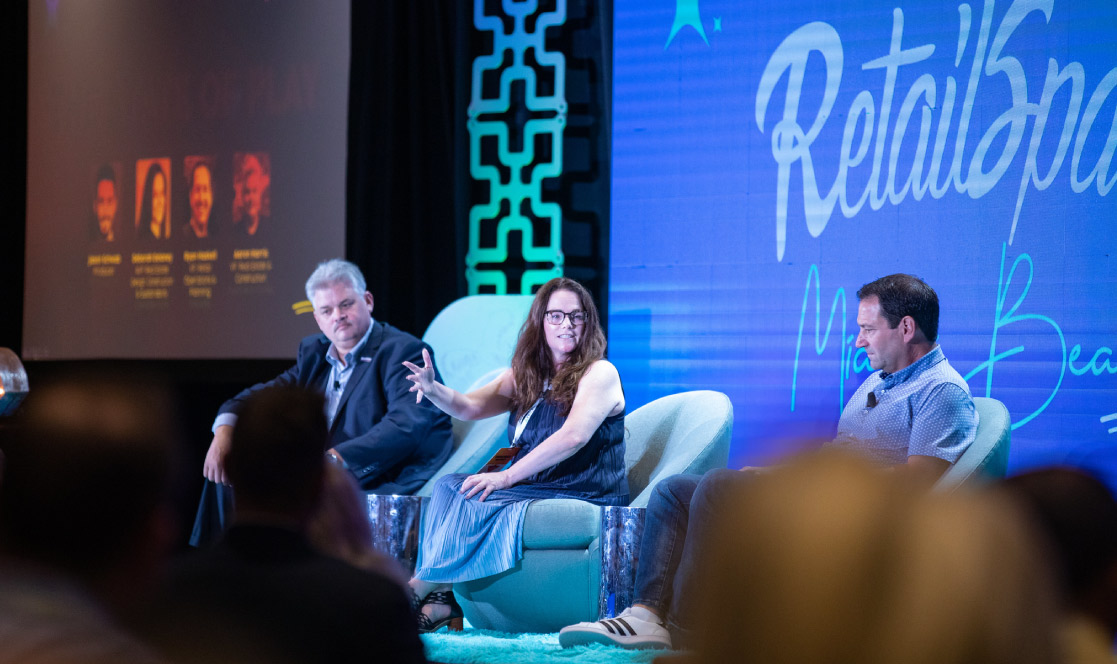 Although the worst days of the pandemic are behind them, the panelists are still feeling its effects in powerful ways. At T-Mobile, Haskell described a decline in the performance of general contractors, forcing the company to broaden the typically intimate pool of firms it works with. At Canadian Tire, Delaney learned to deal with supply chain issues by focusing on domestic sourcing as well as alternative materials. "We really have to look at how we source, when we source, and how much we source," she said. Dutch Bros adopted a similar approach, finding alternate suppliers for all its products and prepaying for building materials. "We have at least two suppliers for everything we're doing – we won't accept no for an answer," Harris explained. "If we can't do it right, we're not gonna do it."

Diving deeper into general contractor issues, Haskell attributed the decline in quality to the knock-on effects of rising wages. "What we've seen is people jumping from supplier to supplier because wages continue to go up, so lower quality work is a result of that," he explained. “The suppliers that we still are contracted with have less of those folks because they've jumped to residential, or they've jumped to another commercial entity that we're not contracted with.”

What strategies can help in overcoming these obstacles? At Dutch Bros, Harris offers bonuses to contractors who finish projects ahead of schedule, and to those who pass a quality check upon completion. When it comes to permitting delays – a persistent issue in chronically understaffed cities – Harris likes to make clear to local officials that Dutch Bros is a great neighbor. "We like to go in and meet with the economic development folks, the city managers, the mayor, everybody in a city before we begin our project," he said. “We talk about the number of jobs we're gonna create and the amount of money we're gonna spend to build a project. We do that before we've signed a lease, but a lot of times before we've even signed a letter of intent.” In one instance, Dutch Bros even renovated a run-down Little League field that caught Harris’s eye as he drove past. "It's not because we want to pound our chest and say, ‘Hey, we built a ball field.’ We did it because it was good for the community."

Catering to the Digital-First Customer

As if the pandemic’s lingering market shocks weren’t enough, store development and design leaders also have to keep up with rapidly evolving consumer behaviors. One change reigned supreme in the panelists’ minds: the digital-first customer. Haskell argued that the wireless industry hasn’t caught up to consumers who prefer to spend less time in physical stores; in the future, he envisioned, providers might have a smaller physical presence more focused on customer service. "We're challenging ourselves to say digital doesn't need to be less," he stressed. "It may be different than human interaction, but it doesn't need to be less." 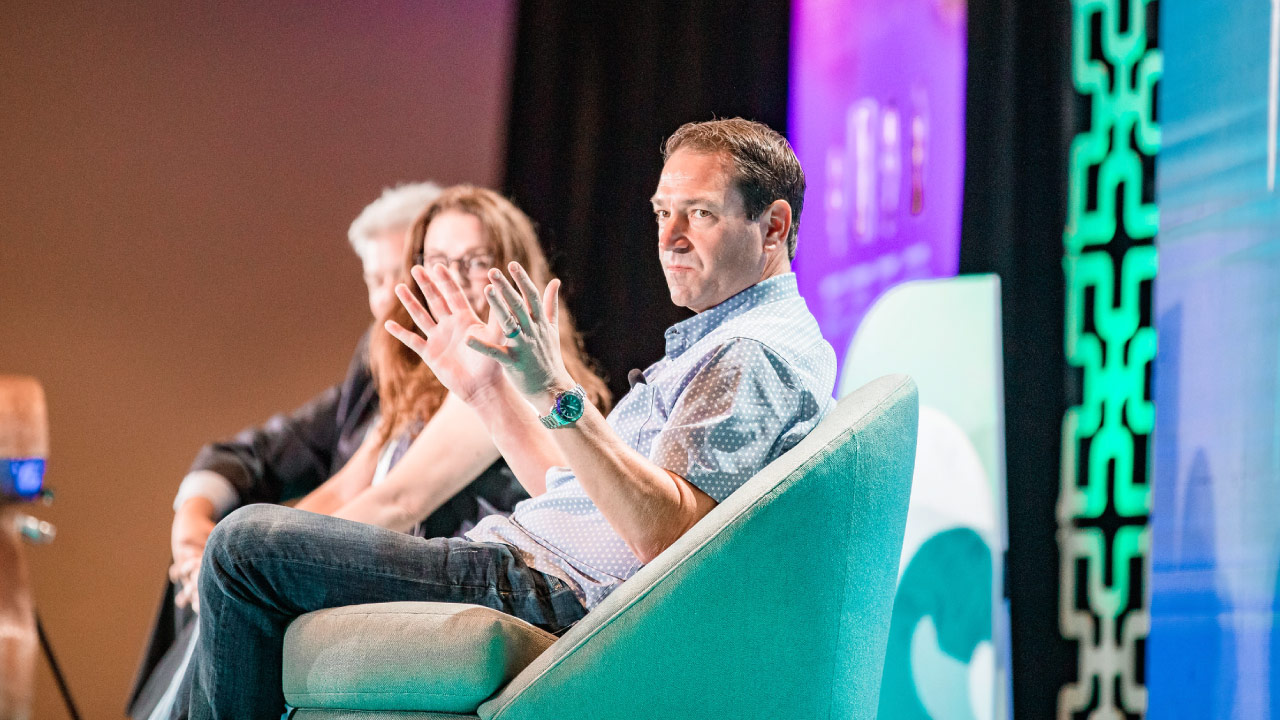 Echoing Haskell, Delaney stressed the need to give customers flexibility. "We are incorporating all of the great stuff that came from Covid, like BOPIS and drive-by pickup, and really making it an experience that is flawless from the digital to the bricks and mortar," she said. "We're all really coming out of Covid with a very different experience – every single person, every single customer. It's really about giving flexible ways to shop.”

At Dutch Bros, everything revolves around enhancing the customer experience; Harris considers it the company’s mission to give people a “five-minute escape” from their day. On one hand, that manifests as Dutch Bros’ famously cheerful employees coming out to the customer’s car to take their order and give their dog a biscuit. On the other, it means a digital app that allows customers to prepay and save their favorite drinks. "During peak periods, 30% of our guests won't even hit the pickup window to collect their order," Harris said. "We'll run the product out to them. They've paid with a credit card, they've had that interaction, and it's just a ton of energy in the drive-through lane.”

Retailers also face increasing pressure to deliver on Environment, Sustainability and Governance (ESG) goals, which is no easy task in a world of materials shortages and supply chain delays. “Cost is a really huge, huge issue,” Delaney said. She described Canadian Tire’s effort to retrofit its buildings with emission-reducing air source heat pumps, which has been complicated by one little problem: there just aren’t any HVAC materials available. "We're actually having to build our own with the engineers," she explained. Still, the company is charging full speed ahead on ensuring that all new stores are fully net-zero compliant, while expanding and retrofitting existing stores. Asked what she looks forward to most in the company’s future, Delaney pointed to these initiatives. "What I'm excited about is the sustainability piece and creating spaces that are inclusive for everybody.”

Haskell, for his part, is grateful for his pandemic crash course in identifying potential real estate virtually. "We learned how to construct stores – or at least manage the workload – virtually," he said. "That was a good thing. We can reduce some of the costs, but we can also add some of that [travel] back in now without going full 100 percent.” 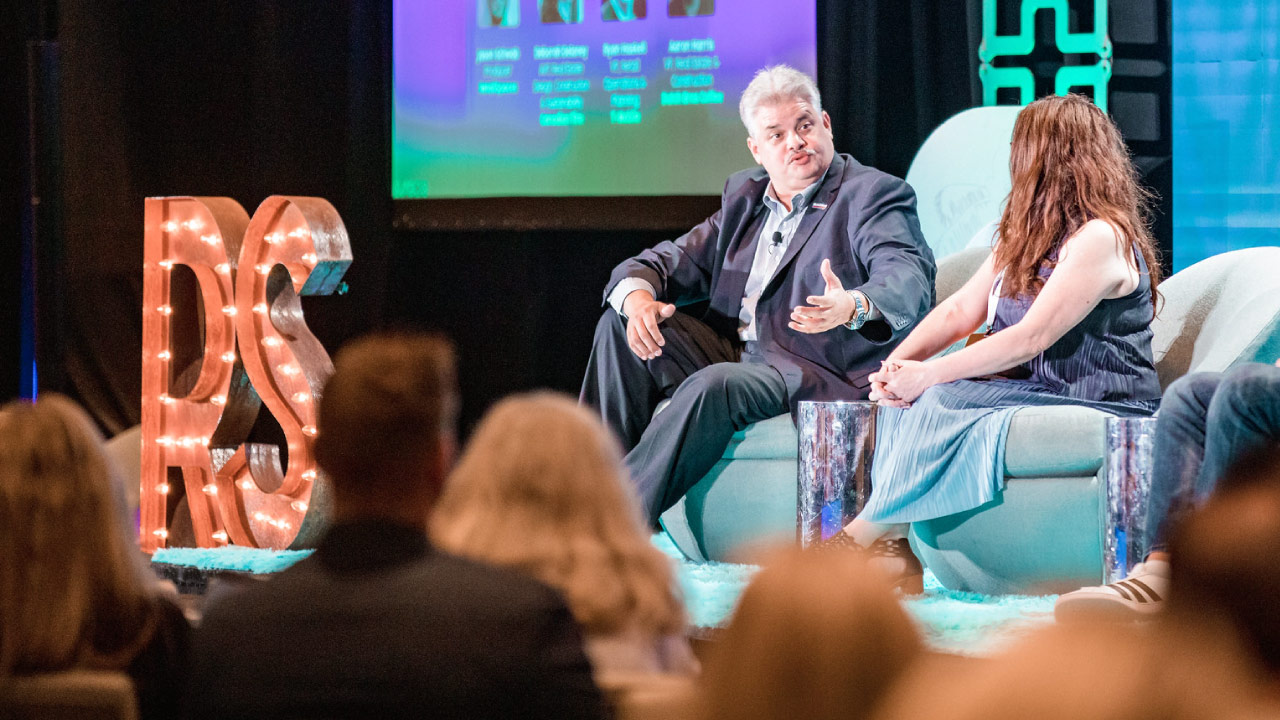 For all the recent disruptions, Harris said it nonetheless helped Dutch Bros hire quality team members who will help shape its future. When construction firms laid off veteran employees early in the pandemic, he scooped them up. Then, when Dutch Bros had its own hiring freeze, he recruited interns to help him with site selection, later making them managers in their own right. "The future is that we're just creating great opportunities for a lot of people, whether it's at the sunset of their career or the beginning of their career" he concluded. "That's what we get to do right now."