We've heard about "experiential retail" time and again. But are retailers successfully making the transition from purely transactional stores to more experiential environments?

According to Kambiz Hemati, VP of Global Retail Design for Foot Locker, most aren't; at least not yet.

With the retailer’s new Power Store concept, Foot Locker is striving to be among those that define what scalable "experiential retail" looks like, and how it can operate as a profitable new retail model

Hemati described the Power Store in-depth at RetailSpaces, showcasing one of the newest locations in Manhattan's Washington Heights neighborhood.

A Store By, and For, the Locals

First and foremost, the Power Store is a "community" store. It's a whole new format for Foot Locker, with stores about four times the size of those found in a typical mall, located in historically underserved areas with "amazing sneaker culture," and uniquely localized to fit the community they're in. However, in pursuing the aim of creating a "community" store, the first question that needs to be asked is, "How do you build a community?"

As an architect, Hemati starts with the actual building. He showed photos of the once-dilapidated building in Washington Heights when Foot Locker first took possession of it — a beautiful old Art Deco building from the 1930s that had fallen into disrepair. But instead of falling back on the "typical cookie-cutter standard storefront mentality," they chose to restore it to its former glory, honoring the local architecture and, in turn, respecting the history of the neighborhood

In order to create a community store, the community must feel that the store represents and welcomes them. After renovating the façade to include a large space for a mural over the entryway marquee — which reads, "Welcome to Washington Heights" — Foot Locker then hired local designer Danny Peguero to create the mural and all of the art inside the store.

Peguero was born in Washington Heights and still lives and works in the neighborhood, so his work on the store imbued it with a certain authenticity. He incorporated elements in the artwork that pay homage to the local culture, including nods to the area's heavy Dominican heritage, an image of a well-known local bodega, and the words "Way Up Uptown" in a cheeky reference to the location of the neighborhood.

"He brought in a lot of elements that make the store connect much more with the youth in Washington Heights," Hemati said. Peguero also highlighted Nike, a partner in this particular location, as well as the iconic black-and-white stripes of Foot Locker. "Of course the store still has the DNA of a Foot Locker," Hemati continued, "but at the same time it's trying to connect on a certain level with young customers."

Bringing a Community Space to Life

This also meant modernizing the space for today's customer. Hemati’s team decided to keep things simple, creating more of a boutique feel by "cleaning up" the finishes and signage, introducing new fixtures and new types of storytelling, and keeping the store very airy and open.

"Good design is very important. Lighting is important. The finishes are important. What people think and feel in a space is important," Hemati said. "We made it much more modern and clean. Our merchandise is so colorful, so we needed to edit the space for the merchandise to pop."

"What I wanted to create here was not just a transactional space, but a space where people can hang out."

He said they conducted research on the community and learned more about how people in the area shop. They learned there are a lot of families in the area, including moms with strollers, so they made the first floor the women's and children's sections. The second floor houses the men's section and an activation space that overlooks the street. Connecting the two floors is a visually striking grand staircase that also serves as the focal point of the store.

"What I wanted to create here was not just a transactional space, but a space where people can hang out," said Hemati.

Upstairs in the activation lounge, there are several comfortable seating areas where people are invited to sit, charge their phones, and relax for as long as they want. Foot Locker also energizes the store with live music, back-to-school events, hands-on educational workshops for kids, and other community development events.

Hemati shared a story about a business event for young women they held in their Detroit store at the start of the "polar vortex" in January 2019. They didn't think anyone would show up; instead, the store was full, and so many people came out they sold lots of sneakers that night. "It's good business and it's good practice," he said of the events.

Foot Locker also works with local designers to carry their products inside the Power Stores.

"We go out into the community and find out who the young fashion designers and creators are and bring them on board," Hemati explained. "These are people who don't have access to this kind of retail space, and we help them by bringing in their products."

Work from these designers has proved so popular at Power Stores that Foot Locker struggles to keep it in stock. When they opened the Washington Heights store, merchandise from all three local designers sold out the first day; in Detroit, their first North American location, they ran out within a day or two. "We have to help them to create more [inventory] and give them tools to produce more so we can actually sell it," Hemati laughed. 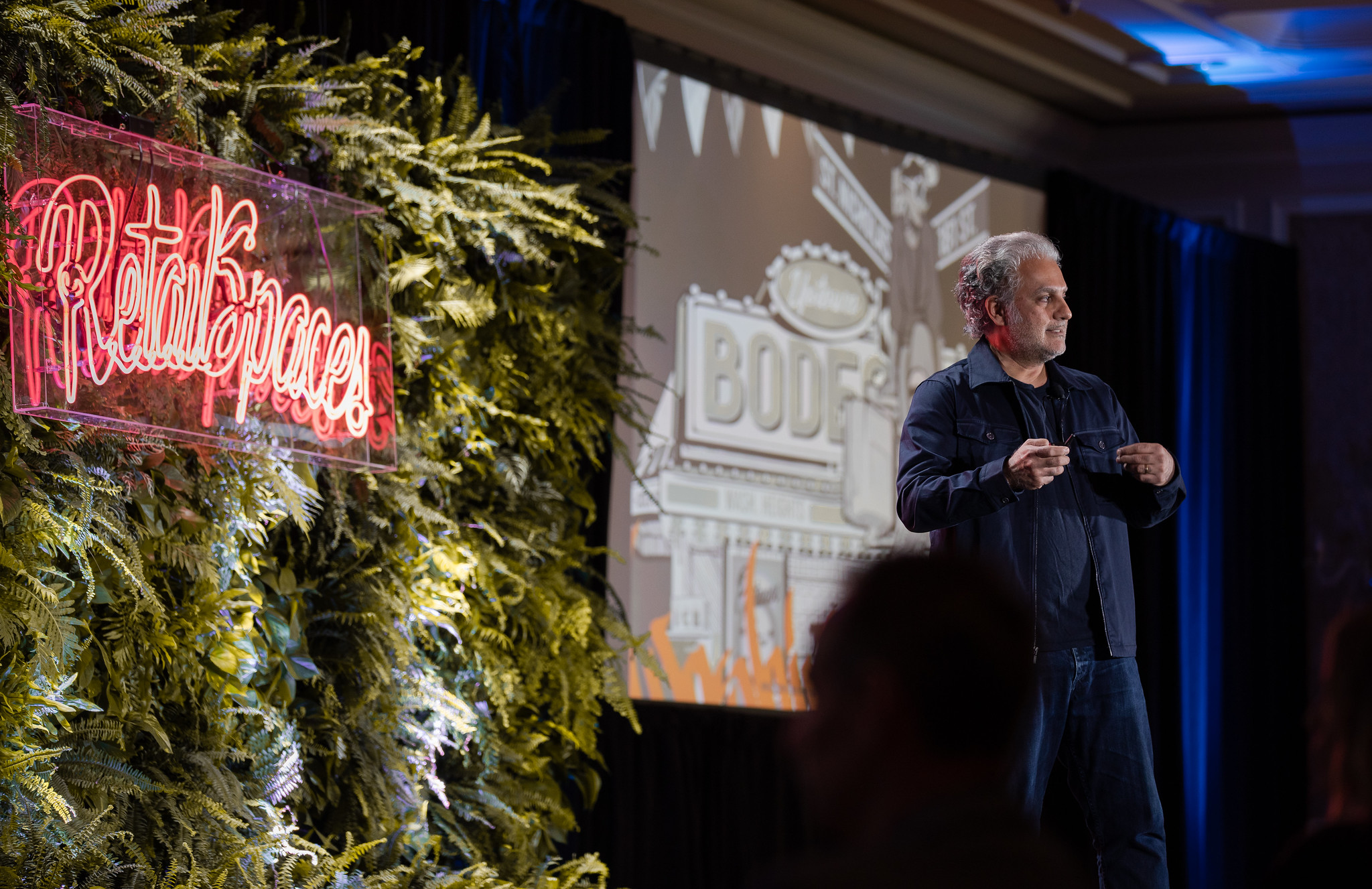 Keep Them Coming Back

In addition to all of the hyper-local elements, the Power Store also gives sneakerheads what they want most: access to exclusive merchandise. Through a partnership with Nike in the Washington Heights store — the first of many planned — Foot Locker has incorporated the Nike app and Nike's technology so customers can scan products and find out more information about pricing, available sizes and colors, and order online. But what keeps customers coming back again and again are the interactive experiences and access to exclusive products.

"It's not enough to just design a beautiful store and walk away."

There is the "Unlock Box," a vending machine that dispenses a free piece of merchandise to NikePlus members who scan their code with the Nike app. There is also the NikePlus ShoeCase, a display case featuring the next limited-edition, highly covetable sneaker that gives NikePlus members a real-time raffle ticket for a chance to buy the shoes. The ShoeCase also activates when a code is scanned, for an entertaining display of light and motion.

"It's not enough to just design a beautiful store and walk away," Hemati concluded. "There are so many other components in retail these days. All we used to care about was, ‘Oh, look at our store, it's the most gorgeous store in the world and it's going to sell tons of stuff.' But right now, if you're a retail designer, you have to think about all of these things and more."