In order to justify the existence of physical retail, companies will need to see their stores as a form of “offline media.”

At least, this is how Vibhu Norby envisions the future of shopping.

On the RetailSpaces stage, b8ta’s Co-Founder and CEO explained that failing to properly utilize analytics in brick-and-mortar environments will ultimately cause much of the industry to flounder.

“If retailers don’t figure out how to make the in-store experience as measurable as the online experience, stores will cease to exist. That’s a fact,” Norby said.

Now boasting 14 standalone locations and around 70 stores within stores, with further expansion on the cards, b8ta is one of the early pioneers imagining such a reality. This is largely due to the breakthrough technology woven into every store.

Digital displays allow customers to access information on products, which are always unboxed for easy interaction. As many as 150 ceiling mounted cameras provide feedback on customer behavior, helping to track how much time a customer spends looking at a product, for instance.

Brands have direct access to this data, which they gain valuable insights from thanks to b8ta’s software platform. Staff on the store floor can even communicate with brands directly via mobile devices. This can be done discreetly through the use of special hand gestures, while an employee is in the middle of a demonstration.

“We collect millions of data points a day,” Norby said. “When you put those together with machine prediction technologies, with a really high degree of accuracy, you can actually understand how much inventory is needed per SKU in the coming weeks or months. We think this is the future.”

Trying to push the brand’s thermostats and smoke detectors inside hardware and appliance stores, Norby and his future co-founders arrived at the conclusion that these stores prevented brands from effectively communicating their story.

“At some point, we realized it wasn’t a sustainable system. Big box retail was designed to be as efficient as possible for you to get your product through checkout and get home. It was really tough to tell our story with just a box on the shelf,” Norby said. “We had a vision of specifically designing stores to engage customers, and removing the supply chain function from stores entirely.” 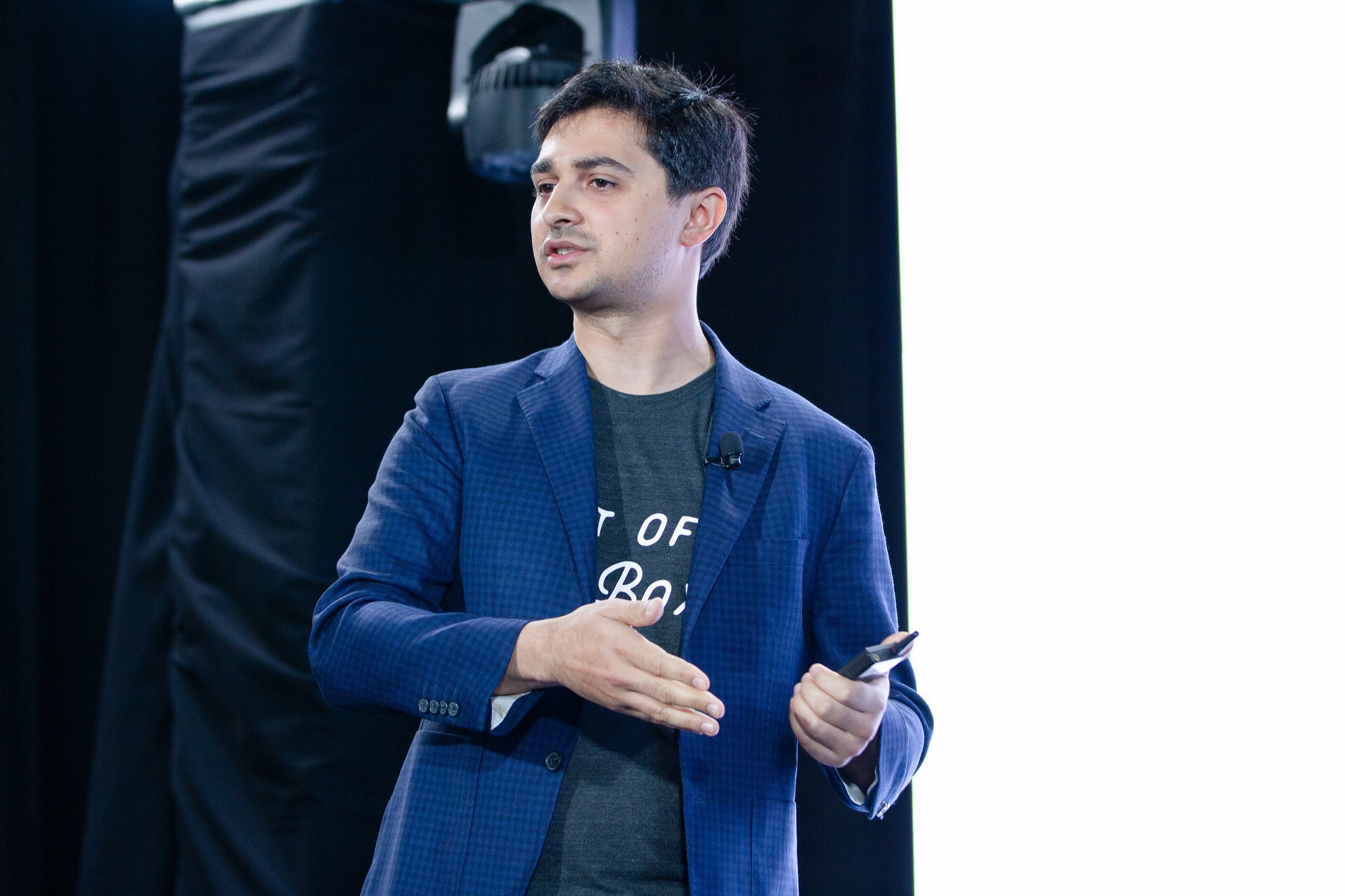 Insofar as creating a model radically different from that of traditional brick-and-mortar, b8ta has been a wild success. The company’s stores are the exact opposite of a big box retailer.

Rather than stocking endless SKUs worth of products, b8ta floorspace is leased directly to manufacturers of unique, hard-to-get electronics. A standard location can accommodate as many as 120 brands, each paying $1,000 per month for a display and taking 100% of product sales. This “subscription” model, Norby claims, is as simple, as it is “predictable. We actually make as much money in December, as we do in January.”

The success of the b8ta formula has led to the company’s latest venture. With Built by b8ta, the company is selling its retail software suite to brands interested in establishing their own storefront to sell directly to consumers. How prevalent retail-as-a-service could become, Norby is unsure, though he’s confident that this kind of experimentation is what’s needed to reshape the future of retail.

“I think the whole sales-based, big box environment that’s designed for the supply chain is probably not going to be around in the next 20 to 30 years,” Norby said. “If you think about the store as a form of offline retail, that version of retail will survive for sure.”