In the midst of last year’s flurry of store closures and bankruptcies, news outlets were quick to stir panic over an impending retail meltdown. While the dust is far from settled, we are beginning to witness the hopeful beginnings of a new era for the industry.

With millennials expected to outnumber baby boomers by next year, it’s promising to know two thirds of the generation continue to shop in stores every week. Meanwhile, the younger, digital-native Gen Z is just as drawn to physical retail, with 98 percent preferring to buy in-store some or all of the time.

As this shift in the industry unfolds, a particular breed of progressive retailers is capitalizing on a wave of tech-driven opportunity with bold experimentation.

We’ve compiled a list of the latest trends and innovations transforming brick and mortar in 2018.

1. Showroom Stores are on the Rise

Lured by the promise of enhanced customer experience and significantly smaller floorspace, more and more retailers are embracing the showroom concept, first pioneered by Bonobos in 2012.

Online bedding and blanket retailer Boll & Branch is one such example, opening its first offline store in New Jersey late last year. Devoid of inventory, customers wander the space testing out products before placing an order either in-store or online.

Up-and-coming Italian shoe retailer M.Gemi is another to nail the art of the showroom at its flagship location. As they wait for an appointment with their stylist, customers sit on lounge chairs sipping champagne and enjoying free sweets.

Innovative appliance maker Dyson also continues to expand investment in the format, having achieved a 45 percent sales boost in 2016 after opening its first showroom in London. 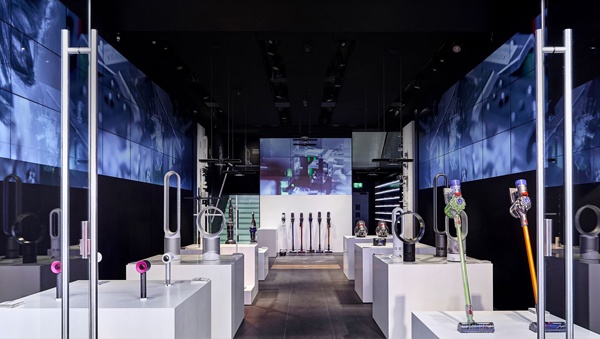 2. Advanced Tech and Robotics are Shaping the Store of the Future

Amazon Go’s big reveal last year offered an early glimpse into how technology developments will change the physical shopping experience. Walmart has already begun introducing self-scanning inventory robots to patrol the aisles at 50 locations. Meanwhile, customer facing robots (like this one) are making more appearances as brands explore the potential of the field.

While we might be a long way from droids replacing sales associates altogether, other advancements are gradually eroding their relevance in the modern store. Vast networks of IoT devices not only allow for greater data collection and automation, but also enable customers to consult their phones for everything from product information to store navigation.

Smart stores utilizing the power of artificial intelligence may also anticipate what music to play at certain times in an attempt to drive sales. The same technology could even make it possible to pump scents into a given space to influence purchasing behaviour. 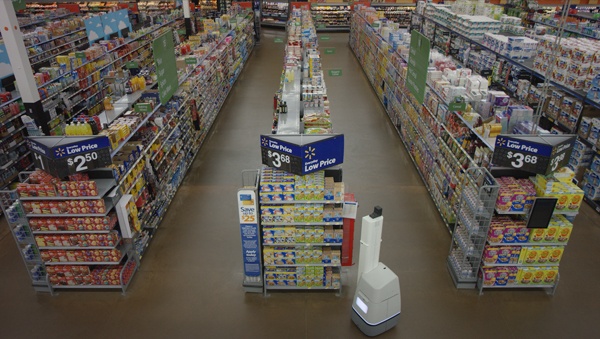 When direct-to-consumer retailers like Warby Parker and Fabletics became some of the earliest to open physical locations, it marked a significant shift in the industry. Today, more e-tailers than ever are following suit.

Having already rolled out multiple popups and an in-store collaboration with Target, popular online mattress company Casper this year unveiled the first of its standalone stores in New York City. The retail mecca has rapidly become a breeding ground for many e-commerce brick-and-mortar experiments. Barely a mile away, West Village is tipped to experience much of the same, following Brookfield’s recent $31.5 million purchase of vacant retail space on Bleecker Street.

These new brands on the block are proof that physical retail remains vital — especially for those already boasting a thriving digital presence. 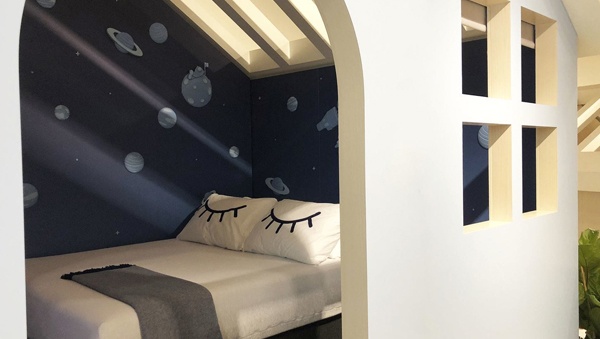 Partly because of ever-increasing rents for highly sought after real estate, companies are playing around with smaller, alternative store formats. Stores-within-stores, pop-ups and mobile locations not only diversify the customer experience, but also give brands the opportunity to test a particular market or concept before committing to a large rollout.

The realities of dwindling foot traffic are also causing some to reimagine their brick and mortar strategy. Sephora has just unveiled its second boutique Studio store in New Jersey, after first introducing the concept in Boston last year. Significantly smaller than the company’s usual 5,500 square foot staple, it’s hoped the new spaces will attract new customers in unfamiliar neighborhoods. Nordstrom is aiming for similar results with its Nordstrom Local concept in West Hollywood, while Target and Meijer are also testing smaller stores, attempting to keep up with shifting shopping patterns.

2018 is witnessing an influx of unique, independent brands hitting the market, thanks to the rise of Retail-as-a-Service. High-tech gadget retailer b8ta is making use of its established brick and mortar know-how with its latest venture, Built by b8ta. Billing the service as a cost-effective solution for brands to launch stores, b8ta can be tasked with carrying out everything from design and development through to staffing and payment systems.

WeWork’s rumored plans to enter the world of retail could also become a disruptive element. Industry gossip suggest the coworking giant will roll out locations comprising a mixture of retail, quick service food and workspaces. If the “WeRetail” concept comes to fruition, it could herald a shift toward more flexible lease agreements with retailers. Thanks to developments like these, smaller independent retailers now have greater access to customers — something that may have been too difficult or costly previously.

With shoppers now well accustomed to the prevalence of experiential retail, demand for novel encounters has increased and grown more complex — simply setting up a DJ next to the accessories section doesn’t cut it anymore.

With this in mind, retailers are ramping up efforts to provide truly customized products as a way of weaving shoppers into the story of the items they’re buying. Coach has met success offering made-to-order handbags at its flagship stores, crafted in-house. Boston’s Ministry of Supply can 3D knit items of clothing within 90 minutes. Adidas is rapidly developing similar capabilities for its footwear, with a vision to make mass customization mainstream in the near future. In fact, experts say within the next five years, 3D printing technology could lead to a whole host of on-location bespoke products including furniture, accessories and sporting goods. 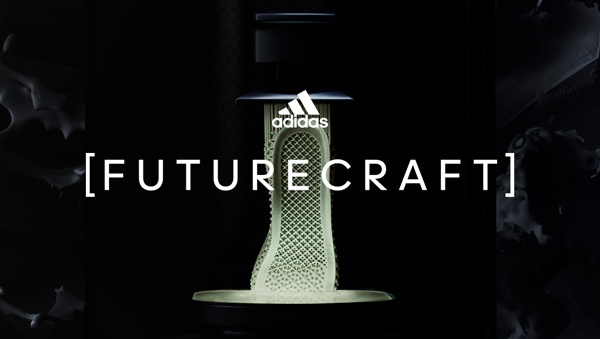 In addition to the emergence of made-to-order products, consumers are demanding greater personalization at every level of the shopping experience. A recent survey of 1,000 shoppers revealed 41 percent expect sales associates to know what they’ve purchased previously, yet less than a fifth have ever experienced it.

But things are changing, gradually. Thanks to beacon technology, Target is able to offer shoppers discounts in real time depending on their individual journey through a physical store. This data could then be used to personalize online deals. This year, Glossier plans to roll out a new point-of-sale system which can inform sales associates of a customer’s online and offline purchase history, as well as articles they’ve read on the company’s popular cosmetics blog. Other retailers are arming staff with mobile devices to achieve similar results. Facial recognition coupled with in-store cameras and digital mirrors will also personalize interactions. 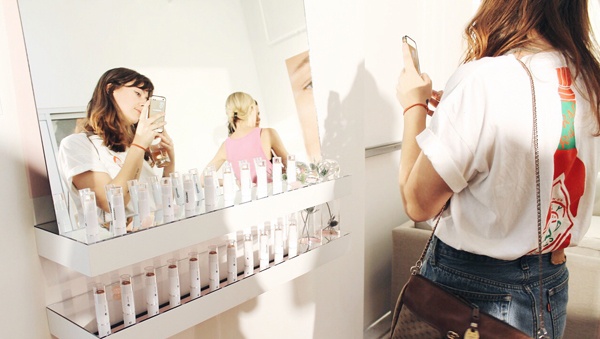 8.  A Greater Focus on Sustainability and Corporate Responsibility

Earlier this year, La Maison Simons opened the very first ‘net zero’ energy department store, utilizing initiatives like geothermal heating and solar to produce as much energy as it consumes. With 93 percent of consumers revealing they expect more from the brands they buy from when it comes to social and environmental issues, Simons’ has risen to the challenge of achieving improved sustainability in retail.

Other brands, such as REI, have made painstaking efforts to reduce its footprint, drawing entirely on renewable energy to power all its facilities. Considering 9 in 10 millennials are willing to switch brands depending on the causes they support, companies that weave a greater sense of corporate responsibility into their operations will undoubtedly reap greater rewards. 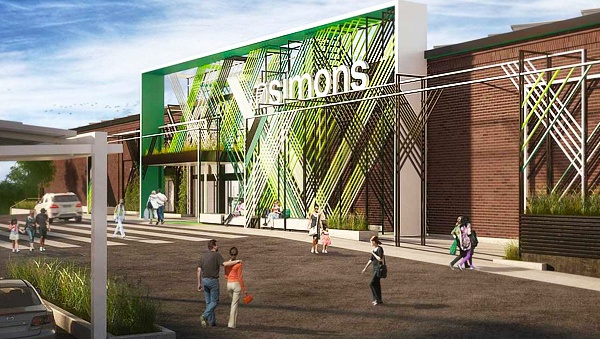 Physical retail is far from dying. In fact, over the next few years, brick and mortar will be more relevant than ever — it’s just going to look vastly different from anything we’ve seen before.

With vast uncharted territory ahead, there’s only one certainty: those not willing to evolve with emerging trends, or alternatively, create their own, are guaranteed to slide into obscurity.