The Convergence of Physical and Digital in Retail

When Samsung opened their high-concept retail store Samsung 837 in the heart of New York City's Meatpacking District, it was hailed as a "tech-lover's dream come true."

The modular 55,000-square-foot store, referred to as a "marketing center," features rooftop movie screenings and main stage concerts; interactive art installations; a summertime running club; a variety of VR experiences; a French café; and podcast recordings in a functional studio space – all while highlighting the latest and greatest products Samsung has to offer, including products that have not yet been released to the public.

One thing this store does not do, however, is sell anything.

Yes, 837 is a retail store without retail sales, and is quite possibly the store of the future. Designed as an "experiential hub," and lauded as a hugely successful experiment in "retail-tainment," Samsung 837 partners with a wide range of brands in art, culinary, fashion, entertainment, music, sports, technology, and wellness sectors to create immersive experiences powered by Samsung products.

Michael Koch, Senior Director of Store Development for Samsung Retail, explains, "Our consumers needed to find a better way to relate to the products. One of the things we accomplished at 837 was getting the people to learn in an environment where they felt comfortable." 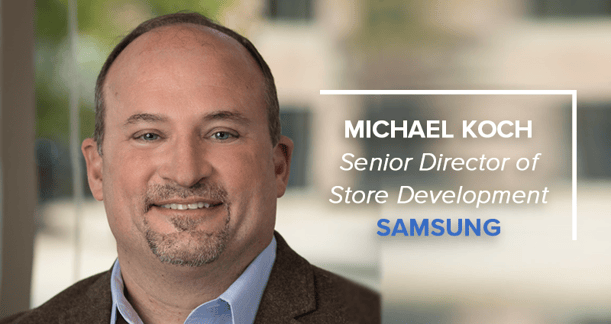 He compares this to the "hard sales" environment of car dealerships, once notorious for their aggressive (some would say badgering) approach where customers always felt pressure to buy.

"At 837 we're actually encouraging you to sit there and do whatever you want to do all day," he says. "If you want to have a journey with a knowledgeable salesperson that can guide you on that journey they're there, they're available to you, but they're not pressuring you to do anything. You're not going to get hassled. We want people to feel comfortable from the moment they walk in, and we did that in New York of all places." 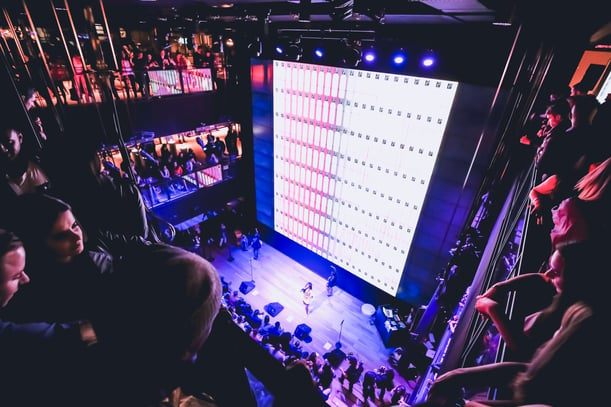 The store is decked out in warm textures and warm pantones with lots of comfortable seating, made to feel like movie theatre-meets-lounge where people come to hang out rather than be hassled and hustled in and out of the door.

While not all retailers have the luxury of having giant screens and virtual reality tunnels to show off in "experiential hubs" of their own, Koch believes that it is of vital importance for retailers to embrace and incorporate technology into their stores to enhance the consumer experience and keep up with current times.

"When I see retailers outside of technology, I see some of those industries as being tired," he says. "I see them as individual retail entities that haven't evolved with the technology. It might not be that they sell those technologies, and that’s fine. The evolution of technology is not limited to the tech sector. It's impacting every single segment of people's lives – in retail, in hospitality, in every industry. Every type of person and every type of company that sells anything is going to be impacted by technology moving forward."

One of the biggest downfalls he sees with retailers trying to incorporate the digital innovations in retail into their physical spaces is how people misuse the technology and try to tweak it for something it's not meant to do.

"If they take the time to understand the technology that's out there, they could find better applications for it in their own environments."

He uses Target's RFID scanners as an example of a retailer that has adapted technology into its store environment in a way that supports its customers and enhances their retail experience, as well as WalMart jumping into automotive sales in a partnership with the online auto-buying platform CarSaver.

"Who would have thought in 2017 you would see WalMart selling cars? Who would have thought you would pull up to a roundabout drive-through and pick up your groceries for the evening as you do with Amazon Go?" he asks. "The best part about this current moment in time is this is an exploration moment. Everyone is wondering what's going to work. Everybody says the consumer wants this and the consumer wants that, but right now everybody is just gathering data and figuring out if it works or not." 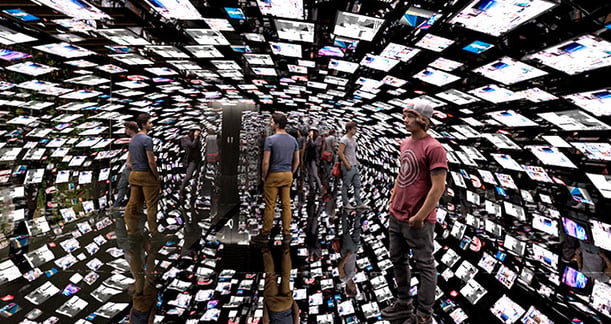 He predicts that, whether we're talking about a flagship Samsung store or an H&M or a Walgreens, we'll see retail stores across all industries become more experiential, and incorporating interactive technologies into those in-store experiences.

"Different retailers are playing with unique ways to face their consumer in the hopes that they're actually attracting different business," Koch says. Retailers are making an effort to feel more open and unobtrusive. "It's a different environment than it was when people were going from store to store down a line."

He also says the days of the static store fixture with a placard explaining the product are over.

"That idea has been around for 30, 40, 50 years. Now you're seeing interactive features." He highlights the Samsung virtual assistant fixture found in Target environments that walks users through everything they want to know about a device.

"That interactivity is the future of fixtures. People are going to want to learn more than just reading a fact tag."

For retailers that have absolutely nothing to do with technology, such as clothing outlets like H&M, there are still plenty of tech-enabled applications available to them so they can also evolve their store environments in this digital world. H&M in Europe is integrating a tablet with their clothing line, so people can superimpose images of the clothing onto images of themselves digitally and also order those styles in their sizes from the tablet and have it shipped to their homes. Koch speculates this will potentially have a great impact on the need for back of the house product storage and will likely impact the layout of store footprints in the future. 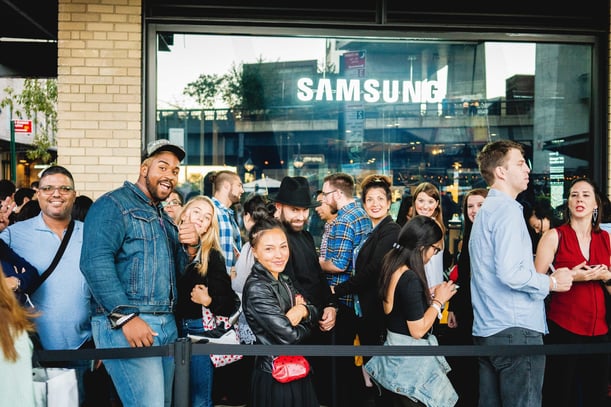 Koch notes that there are retailers who are, right now, using technology to scan a person as soon as they walk through the doors, then track that person throughout the store to record and analyze their shopping behavior. So, if a person walks in and spends three minutes in one area and less than 10 seconds in another, retailers can collect that data then design stores according to these specific journeys.

"That’s very powerful data," he says. "Where we once had people doing space planning and allocating the square footage of stores, telling the customer where and how to shop, now we're getting the data that's telling us where you want to shop and we're morphing the shops to match that.

United States builders are also adapting, shifting away from the trends of 20+ years ago when the focus was on building big architectural monuments that possibly did very little to help sell the product, and towards a more forward-thinking idea of telling a connected story within each environment to get people to understand what the retailer is trying to do.

Ultimately, Koch says that a high level of adaptability is key to keep up with fast-evolving trends and rapidly changing technology. His biggest piece of advice to all retailers is to keep their spaces modular.

"Technology is moving so quickly you cannot think that what you design today is going to be relevant in a year."

"Samsung 837 has been open a year and a half and we have modified it three times already to keep it fresh. It's a very different approach than it was 30 years ago."

Michael Koch will be diving deeper into this topic as a featured speaker at RetailSpaces 2017 in Palm Springs.