Reinvent or Die: Retail Leaders Talk About Customer Experience in the Digital Age 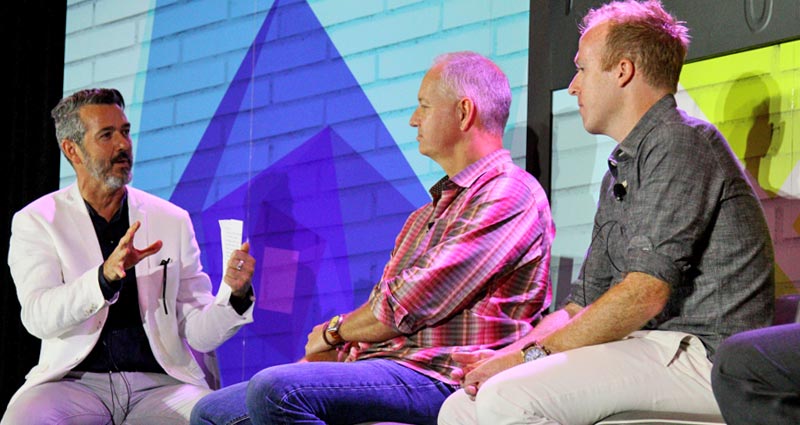 After coming out of a subpar 2016 holiday season, brick-and-mortar retailers have been dealing with their toughest year in over a decade.

Amazon's ever-evolving business continues to leap ahead of all other competitors, while e-commerce in general is faring better than traditional retailers. 94 percent of consumers shopped online this past holiday season, up from 87 percent in 2015. Additionally, 76 percent used mobile devices for these holiday purchases. In the meantime, it was department stores that suffered the worst fallout from the growing dominance of e-commerce, with shopping center anchor store stalwart Macy's announcing at the beginning of the year that it would be closing 68 stores. Coming hot on the heels of that announcement, Sears announced it would be closing 150 more stores.

It is not a secret at this point that a brick-and-mortar retailer desperately needs to be able to think outside of the big box in order to remain competitive in a marketplace dominated by online sales and deep Amazonian discounts.

This was the focus of a recent discussion held at RetailSpaces, an invitation-only retreat for retail store development, design, and construction leaders. Joe Jackman, celebrated advisor to numerous North American retailers and CEO of Jackman Reinvents, a consulting firm based in Toronto, moderated a panel that included Todd Taylor, Vice President of Design for Darden Restaurants (which includes such popular brands as the Olive Garden, Bahama Breeze, and Yard House); Andy House, Creative Director of Store Design for Abercrombie & Fitch; and Norm Mcleod, Chief Development Officer of At Home. 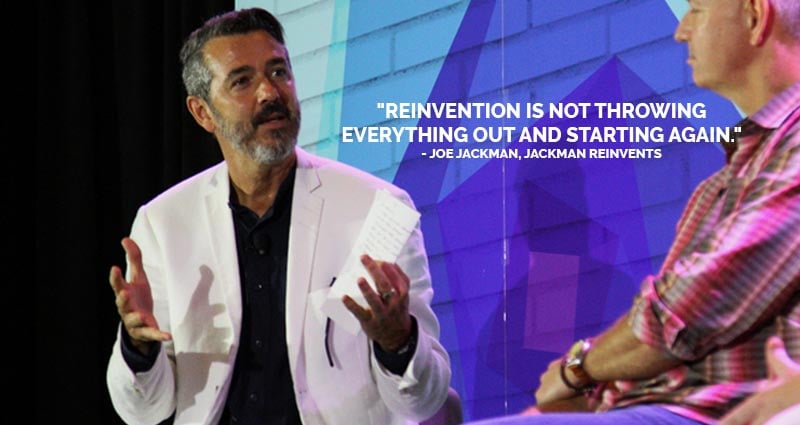 Each of these panelists leads traditional format brick-and-mortar businesses with proven track records of success in longevity and/or reinvention. The overarching message of this discussion was one of "reinvent or die" – a bit foreboding, maybe, but a reminder that a "business as usual" mentality is no longer sufficient in a retail world that has changed dramatically over the last decade.

"Reinvention is not throwing everything out and starting again," Jackman noted while introducing the panelists. "It's actually getting to the core of what you are and what makes you special and then bringing that to life in a more relevant way, and ideally doing that quickly."

One area of consideration was investing dollars in retail stores knowing that the consumer constantly "wants newness," as Jackman stated, which would require a refresh – if not an outright overhaul – every few years, as compared to the longer life cycle of 7-10 years a concept might once have had.

"Change is an evolution," Taylor said, explaining that one major shift in design mentality in recent years was that not all of the restaurants have to fit the same "cookie cutter" mold, in which an Olive Garden in Irvine, California looks exactly the same as one in Springfield, Ohio. 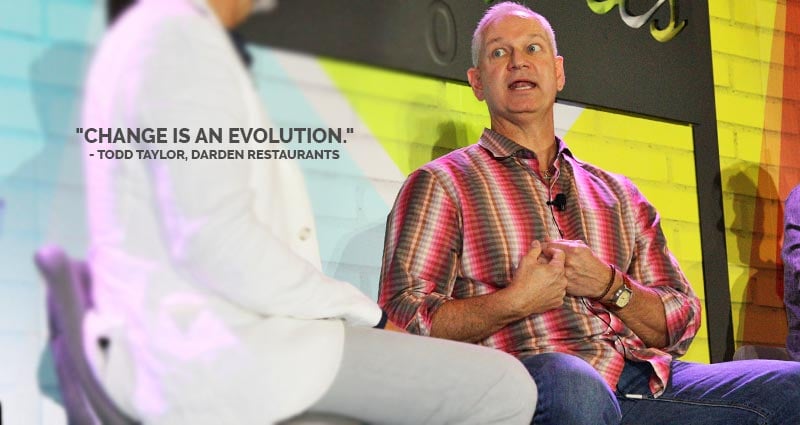 Additionally, the cultural shift back towards downtown/urban living has required major chain retailers to forsake the sprawling suburban shopping center and big box trends of the '90s and early '00s to embrace a more condensed retail experience in second generation buildings – pre-existing buildings that do not fit the "specs" of the brand, requiring some reimagining of what the brand should look like in store footprints of varying sizes and configurations.

"You need to be flexible, especially [when you open in cities like Manhattan]," Mcleod cautioned. "You have to be more localized." He also advocated developing a design that constantly evolves, not one static design that is rolled out to 500 stores. "We have to touch our stores more," he said. 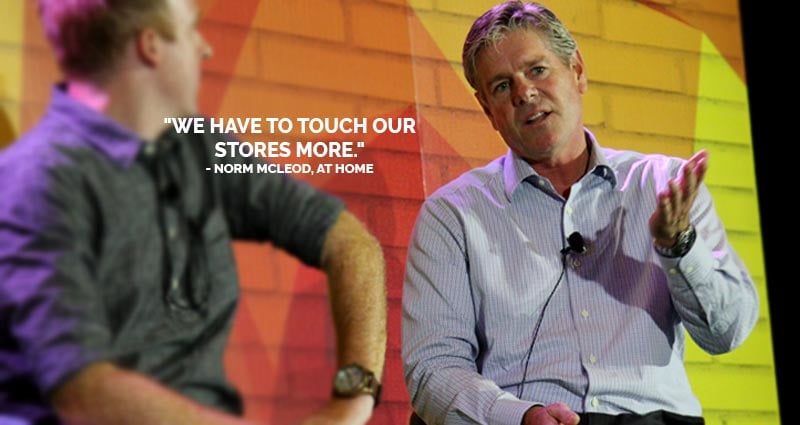 Taylor noted the flaw in the generally accepted motto of "if it ain't broke, don't fix it."

"If it's not broken, maybe you have to break it," he said. "You have to find ways to push it forward. You've got to try to stay ahead of the game."

Necessity is the mother of invention, as the saying goes, and it is also the mother of innovation. Stores with smaller footprints force sometimes decades-old retailers to reimagine themselves – much like Abercrombie & Fitch, a retailer that was able to stay pretty well frozen in time for much of the '90s and '00s with its targeted approach to late-Gen Xers and early Millennials, offering a consistent aesthetic sameness that was the company's strength, right up until it became its weakness.

House, whose role it is to reinvent the brand entirely to appeal to the next generation (a completely new design will begin rolling out to stores this March), suggests tightening up a store's footprint so that it is perhaps not a full store but "a very small space, like a boutique shop; a little showroom." This would allow the brand to take a different approach to customer service, perhaps offering free overnight shipping of merchandise after the customer has visited, tried items on, and made his or her purchases with an app in-store. Then perhaps the customer experience can be further enhanced with an in-store stylist or barber. 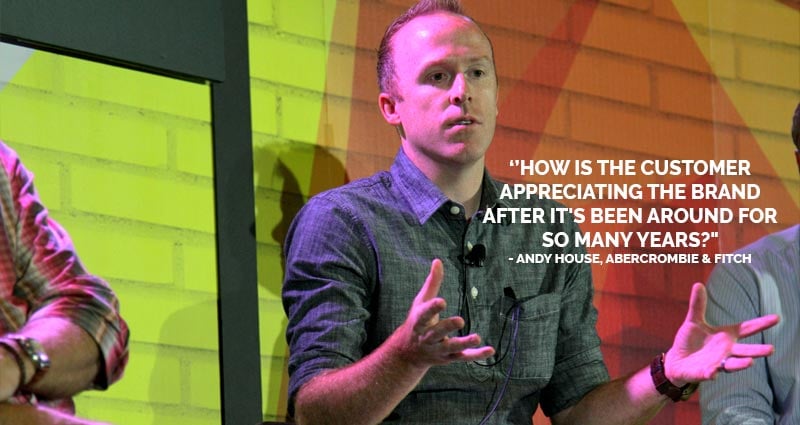 Regardless, he said, "You have to get a brand presence out there," and it must be done in such a way that it will continue to feel fresh and relevant. "How is the customer appreciating the brand after it's been around for so many years? It's about this in-store experience, and it's about how is that bridging to the digital world."

While e-commerce and direct delivery have dealt major blows to brick-and-mortar retail, all three panelists were confident that embracing new tech trends and incorporating those into an enhanced in-store experience is the way of the future.

"I think it's pure experience," House stated. "There's an emotional attachment to living up to a brand…there's always an impression, a feeling of self that you're going to always want to achieve outside your home. The malls are going to become an experiential center."

Gone will be the department store anchors, he predicted, and the focus will instead be on restaurants and gaming, with retailers offering "a whole lifestyle inside of the store" – a degree of engagement beyond the core business. He championed the idea of "being divergent as a company" and being "a little bit rebellious."

The experience itself is what will combat the e-commerce competition. Brick-and-mortar retailers that will be successful in the future are devising ways to weave in the digital component of online shopping, fast delivery, and social media engagement into the core customer experience. 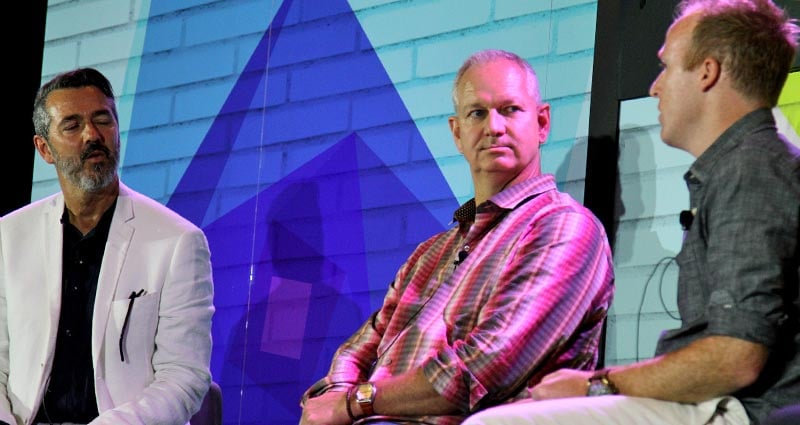 Instead of seeing tech as a threat, House urged, see it as an ally.

Ultimately the takeaway from this discussion at RetailSpaces was a message of positivity even amidst a seemingly dire situation for traditional retailers. The status quo of "business as usual" and "one size fits all" is no longer relevant, but all is not lost.

''Forward-thinking retailers with an eye on city-centered storefronts that emphasize customer experience in both design and service will usher in a new era of consumer retail, one that leverages digital platforms and incorporates them into the physical experience.''