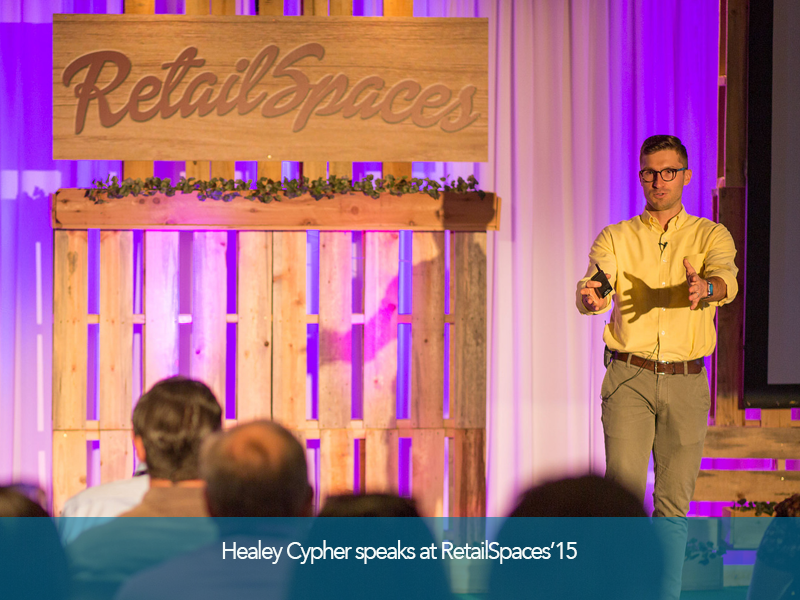 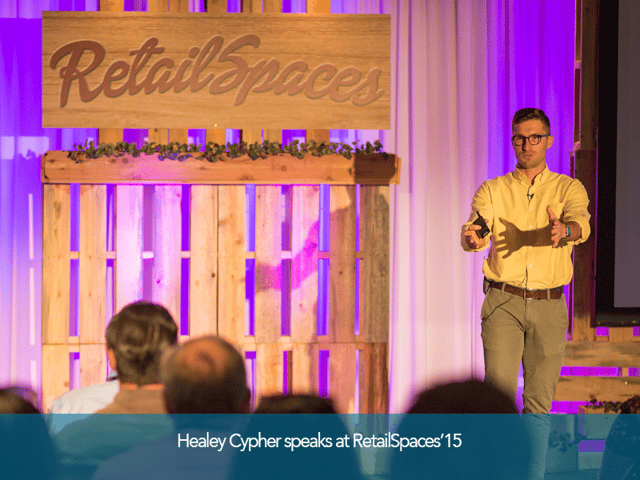 While most of the world has been transformed over the past century, department stores have remained largely the same. Wunderkind retail analyst and product developer Healey Cypher is looking to change this trend.

Despite the abundance of online shopping options, consumers still enjoy the visual and tactile experience of shopping in stores. The retailers that succeed with tech will do so in subtle ways that facilitate a shopper’s experience without hitting them over the head with it, says the highly enthusiastic 31-year-old, one of WWD’s “10 of Tomorrow.”

The former Head of Retail Innovation at eBay now runs his own startup, Oak Labs. While at eBay, his division – which focused on helping retail clients incorporate technology in ways that facilitated in-store sales without alienating shoppers – grew from two employees in cubicles to a 17-person offsite team.

At RetailSpaces '15, Cypher related his eBay team’s experiences working on several groundbreaking projects, including one that sounds a lot like a restaurant Pop-Up, in which they took over four empty spaces in New York and “just rented out the first six feet” for a launch of Kate Spade Saturday, a new brand at the time.

“We turned the physically existing architectural glass into a touchscreen using this stuff called ‘touchfoil,’ an adhesive screen you put on the back of glass and it turns the surface into a touchscreen,” he says. Targeting its young female clientele, the promotion hired “hunky out of work actors” for its delivery team. “Anything you saw in the window, you could have delivered for free within an hour.”

This program not only generated sales and publicity, it helped Kate Spade Saturday determine where to open its first full-size stores before making the capital investment.

Cypher adds that 54% of consumers like using touchscreens in stores. “It’s a wonderful midpoint between autonomous tools and the physical store.” 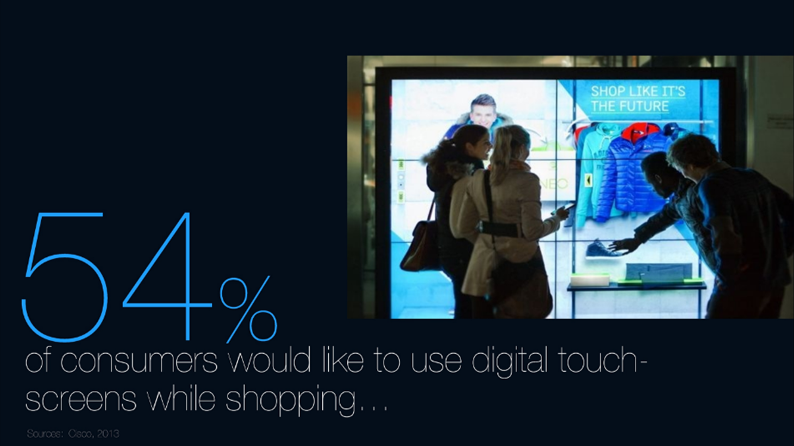 “One of the coolest things is that we had an infrared webcam. So we knew how many people walked by, how many looked in and how many touched the screen—the exact engagement rate,” he says. “One in 20 people stopped and touched it.”

“The touchscreen units paid for themselves within three months,” he emphasizes.

Retailers know what the obstacles are to closing sales; the perennial challenge is breaking them down. For example, if someone sees an item he/she likes, but the size and color they want isn’t in front of them, 65% won’t ask for help, says Cypher, who adds that 79% of shoppers will “bail” if they see a line that looks like its more than seven minutes long.

However, once a shopper enters a fitting room with merchandise, about two-thirds of those shoppers will buy something.

Focusing on that goal (getting shoppers into the fitting room), Cypher’s eBay team created an environment at the Rebecca Minkoff women’s wear store in New York (96 Greene St.) incorporating new technology that addressed these challenges in a subtle, sophisticated manner. The Soho store’s beautiful metal, wood and glass interior also features a subtle user interface that can tell a shopper’s height and size and “even order you a coffee.”

Once inside the fitting room, Rebecca Minkoff shoppers interact with a mirror that allows them to request more items in different colors, cuts and sizes. The mirror even shows the image of their associate’s face saying “I’ll be there in a minute,” he says. 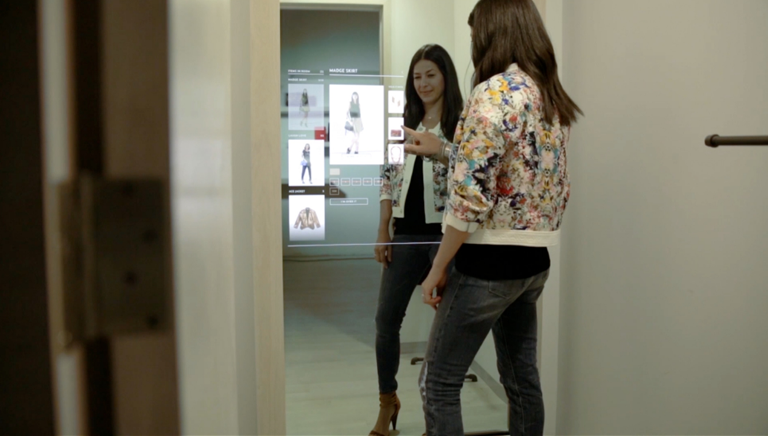 “We’ve taken you from the top of that funnel all the way down the line to the fitting room,” Cypher says.

The Oak Labs founder describes the shopping experience at Seattle’s Hointer Beta Store, an apparel store targeting men. Though he dislikes many aspects of Hointer’s model, he believes it serves as an example of how intelligent stores can become.

“Its a personless store with only one of every item in stock. You download the Hointer app,” he says. “You point to the things you like – those jeans, this shirt – and when you you’re ready try them on, it says, ‘Okay, go to fitting room four.’ There’s an ‘In’ Shoot and an ‘Out’ Shoot. So you go to fitting room four and the pants you selected start piling up.”

If you don’t like an item, you throw it in the Out Shoot, and then purchase the items you’ve chosen and go.

Preparing for The Future

Younger retailer executives who appreciate new tech are frustrated, often butting heads with the old-school leadership of this $3.2 trillion industry, a group that often still doesn’t “get it,” Cypher says.

However, in the coming years, technology will be playing a more active role across the retail spectrum, far beyond the relatively small niche of ecommerce.

“Right now, ecommerce, as exciting as it is, only makes up 6-8% of retail spending,” Cypher says. “But we’re at a tipping point. We’re going to see more change in the next five years than we have in the last 20.”

He encourages retailers to be open to new tech options, but to think through the role new technology will play in their stores. “Think about every digital investment you make in your store as a touchpoint on the path to purchase.”

“You shouldn’t be scared of thinking about technology and introducing it into your stores in ways that make sense. Think of it as ROI, but don’t, for the love of God, do tech for the sake of tech.” 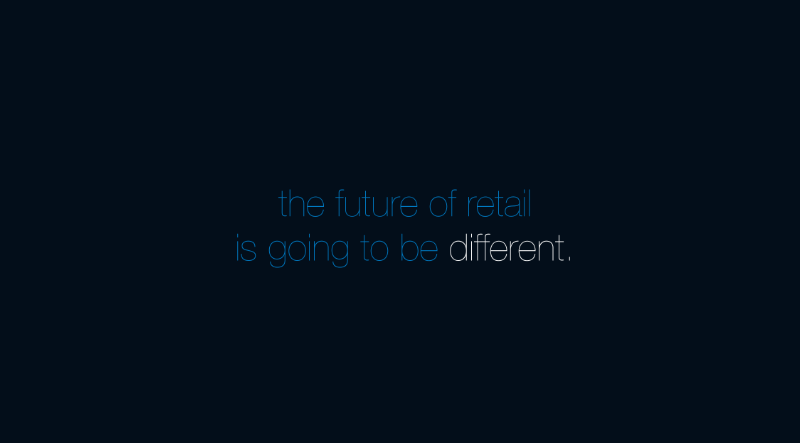