Do hot sauce and a discussion about the current state of physical retail go together?

We know, weird question. And no, not really. But in a year that makes little sense, we decided to combine the two for a chat on the future of physical retail with two special guests. Because…why not?

In a blatant ripoff of popular web series 'Hot Ones', the latest edition of The Rollout by RetailSpaces featured insights from Allison Turner, SVP of Studio Development & Design for SoulCycle, and Judah Regenstreif, President of Regency Lighting. Hosted by Michael Owens, Executive Producer of RetailSpaces, the trio indulged in hot sauces while discussing the challenges of reopening stores and fitness centers in the era of COVID-19.

To spice up the conversation even more, the topics and themes became more uncomfortable throughout the hour as the sauces got hotter. Here’s how it went down.

After everyone tasted the relatively mild starter sauce, Owens posed his first question to Turner — “With all of this uncertainty, how is SoulCycle managing to reopen?”

“We’ve been super mindful and taken massive amounts of precautions,” she said, noting the chain has many locations in areas hard-hit by COVID-19, including New York, New Jersey, and Connecticut. “Classes have gone from 55 or 56 bikes to 15 or 16 and people are feeling safe within their space,” she said. “All our staff are wearing masks and gloves and we’ve taken out the ‘high-touch’ items.”

At the locations that have reopened, SoulCycle has introduced ‘hands-free check-in.’ “We’re truly trying to modernize our spaces in this new world.”

Owens then asked Regenstreif about recent technology developed by Columbia University’s Center for Radiological Research which found that far-UVC, a form of ultraviolet light, is both safe for people and deadly for airborne viruses, including COVID-19. This technique uses narrow-wavelength bands of UV light to zap the virus, reducing person-to-person spread in indoor spaces. Far-UVC kills viruses and bacteria, without damaging eyes, tissue, or skin — the problem with other forms of UV light.

Regency, a 38-year-old family business, has introduced far-UV lighting options, with Regenstreif emphasizing that although they’re excited about being able to offer this virus-killing lighting option, it’s expensive. 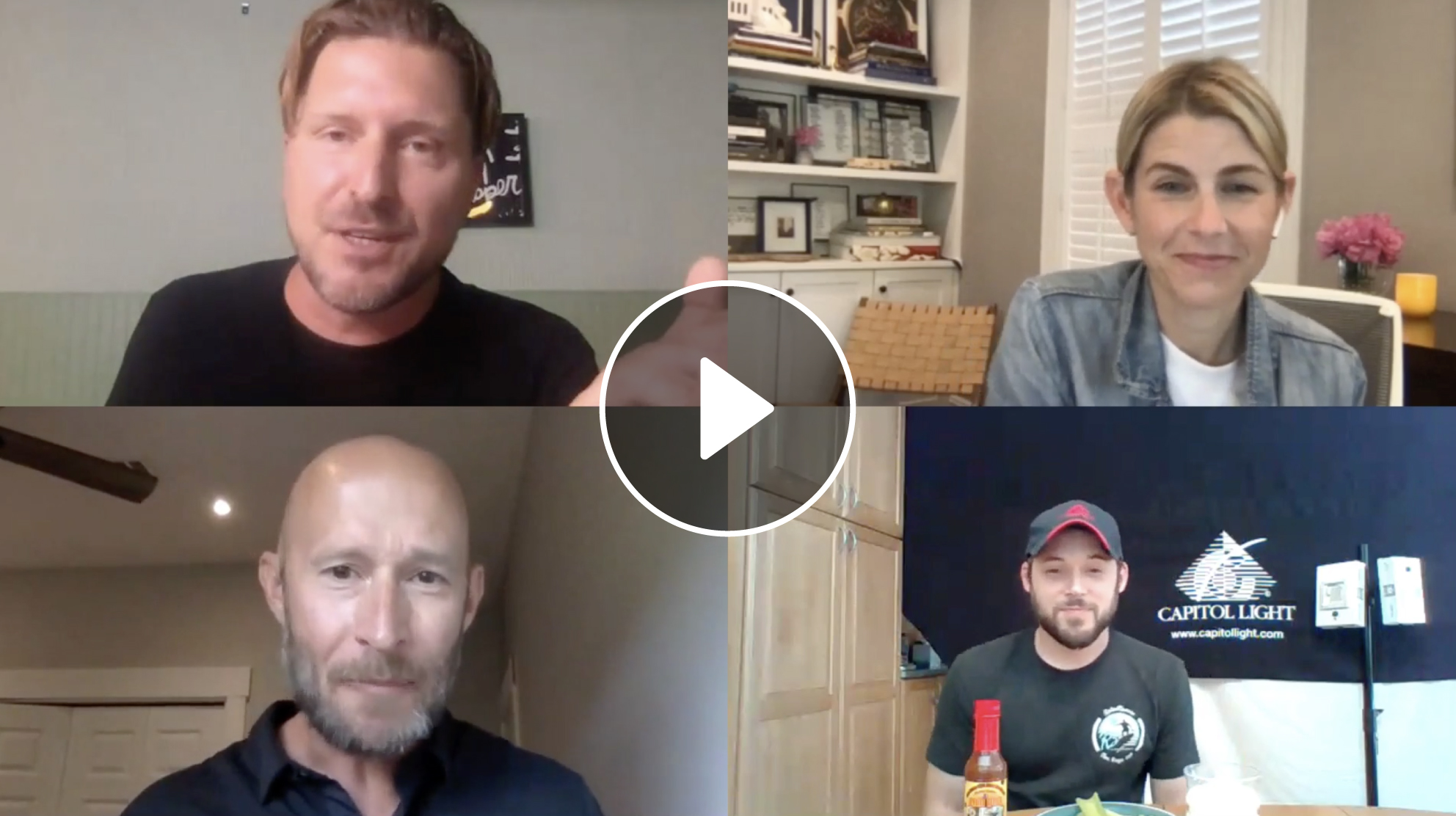 The far-UVC rush to market also means some questionable providers may be introducing less-effective products and marketing them as Coronavirus killers when they’re not.

“Companies come out and try to capitalize on this trend and their products haven’t been vetted. Not all UV is created equally,” he said. “And these products are not cheap. There are a lot of ways to address COVID and we can disinfect in a number of ways.”

The three found the second sauce even less intense than the first, smoky but not hot.

Owens asked Turner if she believes SoulCycle will keep some of its social distancing-inspired changes once things get “back to normal.”

She stressed that although their clients have been exercising on their own, they miss the communal atmosphere of SoulCycle and are eager to return, adding that the traditional check-in desk may be a thing of the past, as clients get used to using apps.

“Hospitality doesn’t have to be through a reception desk.”

As the sauces gradually got hotter, the questions grew more challenging. Owens asked his guests to address the issue of negotiating with landlords and suppliers in this era of delayed cash flow.

“A lot of landlords came out really strong in the beginning (of the pandemic), asking ‘How could you not pay us?’” Turner said. “However, now I think landlords are understanding that the more we can reserve cash, the better for everyone,” said Turner, addressing SoulCycle’s overall situation. “Everybody is in this cash-reserve mode to make sure we come out on the other side of this.”

Even in locations that are open on a limited basis, operating at about 23% capacity is challenging. “Nobody likes having these conversations.”

Regenstreif stressed the benefits of long-term relationships during difficult times. “It’s about having open and honest communication during an economic crisis like this. It’s not like one party is trying to do something negative to the other.”

#4: Alex’s Ugly Sauce (Habanero)
As the group began to sweat a bit more, Owens asked if there is a viable future for experiential retail post-COVID?

Turner believes the answer is ‘yes,’ noting the excitement of clients coming back to SoulCycle and people returning to restaurants in areas that have eased restrictions. “People like interacting with people and shoppers want to be able to touch things.”

Regenstreif said that consumers’ “feelings and realities” should be addressed before retail businesses reopen, adding that the current situation varies depending on geography and whether they’ve been in a “hotspot for COVID.”

Upping the intensity with a Scotch Bonnet sauce from Jamaica (Wisconsin!), Owens asked what the panelists were “doing to keep hope alive among your teams during these challenging times?”

“It’s hard. It’s day by day. We have been pivoting and super nimble,” said Turner. “Open communication is all you can do.”

After Owens and the representatives from Regency and SoulCycle gave Devil’s Duel its due, Trevor Mullane--another lighting industry professional (and hot sauce fanatic)--joined the conversation as a surprise guest.

Though Mullane is national sales manager for 94-year-old lighting/electrical distributor Capitol Light, a Regency competitor, he and Regenstreif showed that rivals can enjoy healthy competition while sharing insights to get through difficult times.

Owens asked Mullane how he and Capitol Light are pivoting to cope with the crisis. “As salespeople, we live on the road, visiting with customers; so it’s been interesting. We’re just trying to stay in front and keep communication open with our customers,” he said.

Like leaders across many industries, he’s optimizing remote communication to keep in touch. “We’re trying to use as many virtual platforms as we can,” said Mullane, who is connecting with clients through short “Keeping Up With Capitol Light” videos on YouTube.

MadDog was easily the hottest of the hot; this one even comes with a disclaimer on the bottle! Mullane joined the group for this final tasting, and, seconds later, he, Turner, Owens, and Regenstreif realized they were in trouble.

Sweating profusely, they began guzzling milk, with Regenstreif even pouring some over his head.

After the heat settled a bit, Regenstreif and Turner addressed a challenging question about how their companies are handling employee compensation and any plans for expansion in the current environment.

“We want to compensate them as much as we can,” said Regenstreif, while Turner added that new construction was “in pause mode now. Our portfolio is still on hold.”

She added, “There’s no handbook for this. I tell everybody to just hang in there.” 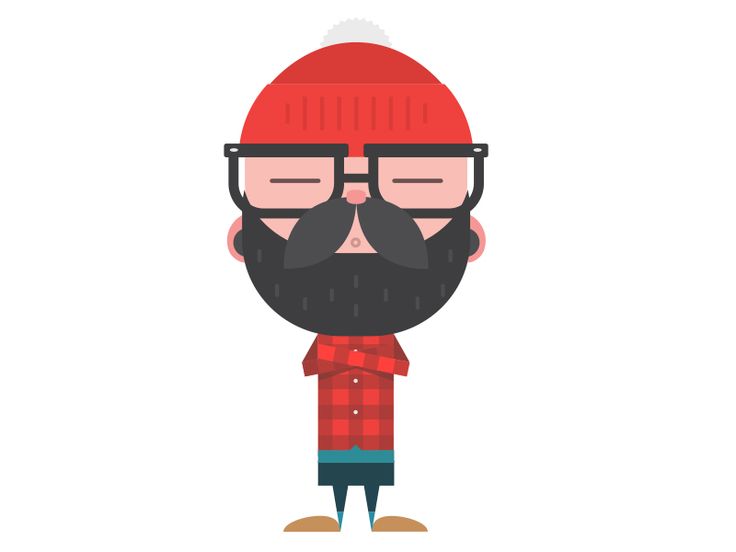